Home ⁄ HIKING ⁄ BOLIMÓW LANDSCAPE PARK. LAND OF THE LILY OF THE VALLEY 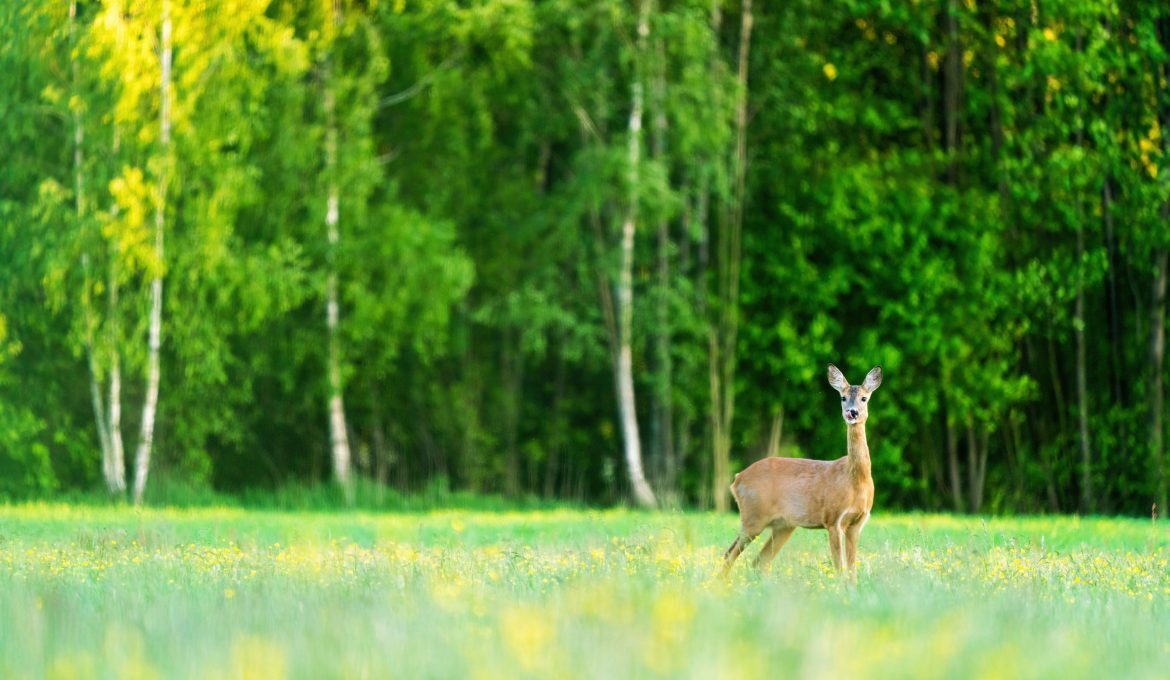 It is a forest with large clearings and fields of lily of the valley, and a chance to meet a moose. Next to it you can visit almost one hundred percent preserved factory settlement from the XIX century, a classical palace with a collection of art by Józef Chełmoński and thermal springs. For advanced canoeists there is a chance for a real challenge. All this can be found in the Bolimów Landscape Park and in its close neighborhood.

The park, located between Żyrardów and Skierniewice, covers the area of the former primeval forest in the Rawka river bed. The vast majority of the park’s area is made up of pine forests but its unique charm is created by the lily of the valley fields and mid – forest clearings as anywhere else in Poland. You can also see a remnant of building houses, the inhabitants of the forest who lived by constant logging and clearing the forest. The park is ideal area for long walks and recently, extreme canoe cruises on Rawka have become very popular.

How to visit the park & educational paths

The Bolimów Landscape Park is a good place for hiking. Wandering is facilitated and diversified by the marked paths in the area. There are five of them in the part belonging to the Mazovia Voivodeship.

The most popular inhabitants of the park are beavers. You should go for a walk along the 4-kilometer long Rokita beaver refuge path in order to see the traces of their presence: cut trees, dams or lodges. It can only be walked in the growing season (April to October).

The route starts at the bridge on Rawka in the village of Budy Grabskie and leads along the river valley. Allow 1.5- 2 hours to travel.

The Żyrardów Trail, that starts in the village of Sucha Żyrardowska, is a chance to get to know the flora of the surroundings peat bogs and meadows of the park. The flora of this area is described on the boards placed along the route. Five hours is needed to cover the 10-kilometer trail.

The entomological path in the Rawka valley „Terrestrial insects” is a 15-kilometer section starting at the Regional Center for Ecological Education in the village of Budy Grabskie. The boards on its route show the insects found in the park.

The entomological path in the Grabinka valley „Water insects” begins at the Prochowy Młynek forester’s lodge and continues along the Grabinka river, which is tributary of the Rawka river. The route like the entomological ones is suitable for experienced in the forest hiking. Path length 4 kilometers.

The forest is not only nature, but also history and monuments. First of all, it is worth visiting Żyrardów, a former factory settlement that is now a gem of the industrial architecture with interesting Museum of Western Mazovia.

The railway station in Radziwiłłów is also noteworthy. It was built in the inter war period, and the manor house in Radziejowice (now serving as a Creative Work Center) from the mid 17th century, where many famous figures were hosted including: Zygmunt III Waza, Władysław IV and Jan III Sobieski.

For enthusiasts of active recreations there are also other attractions. The Suntago Water Park in Wręcza is the largest water park in Europe with swimming pools, slides and saunas, as well as spa and wellness zone, deserves attention. The similar attractions are also offered in the thermal baths in Mszczonów: pools with thermal water and various types of entertainment: an artificial river, aeration benches and loungers, water geysers and jacuzzi. Next to the thermal baths you can rent Nordic walking poles and cross – country skiing equipment.

Canoe trips organized on the Rawka river, are intended mainly for more advanced water sports enthusiasts due to the current condition and fallen trees.

The park with its buffer zone covers an area of 23 thousands hectares. The Mazovia voivodeship covers slightly less than half of this area. The biggest attraction of the park is the valley of the Rawka river, dotted with hundreds of oxbow lakes and ponds. All is covered with meadows, dense thickets, swampy alder forests and reeds.

The glades are used by ducks, geese, herons, storks and lesser spotted eagles for feeding and breeding grounds. The park is also a shelter for animals such as elk, fallow deer, beavers and otters. Lynx and wolves also find a home here.

Description in cooperation with the Kurpie Tourist Organization and the Association for the Promotion and Development of the Zegrze Reservoir.