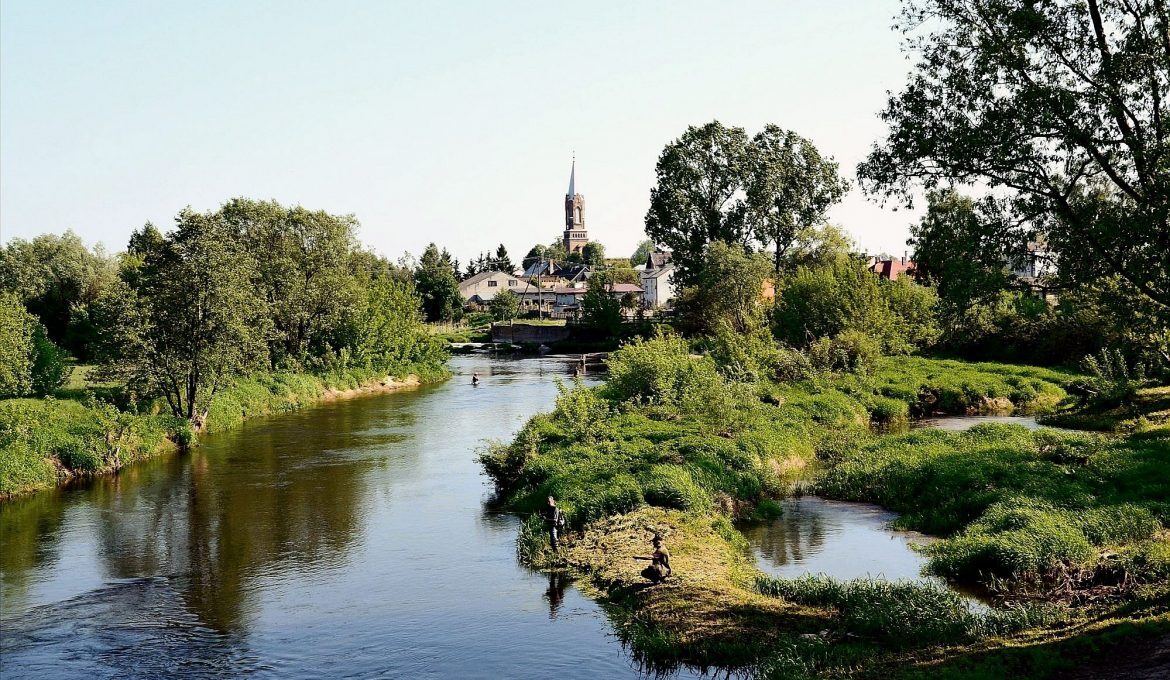 Sochocin is a small village picturesquely situated on the Wkra River. Perfect for the start of a one – day trip, which can be ended e.g. in Joniec, near one of the most picturesque old mills in Mazovia. The charming landscapes also attract painters who are eager to arrange open-air landscapes in this area.

An absolutely unique attraction of Sochocin is a tiny museum devoted to buttons and their manufacturers. There was a time when the products from Sochocin were bottons most often sewn by seamstresses from Łódz.

Sochocin was a town for five centuries – first a private town, then a princely and then a royal one. It was granted city rights in 1385 by the Duke of Mazovia, Janusz I the Elder, and the first crowned owner of Sochocin was Bona Sforza, who, after the death of Sigismund the Old, moved to her widow estate in Mazovia.

Great and small history did not spare Sochocin. A fire in 1533 consumed all wooden buildings and it was necessary to start organizing the city from the beginning. However, the old urban layout has been preserved to this day, testifying to its urbanity. In 1657, the Swedish troops under the command of King Charles Gustav marched here, in 1806 the Napoleonic army stopped for the winter, and soon afterwards, the need to earn a living forced many Sochocinians to discover their new calling: button – making! The raw material for making buttons were river shells for craftsmen, initially imported from southern Europe, and later also caught on the spot. So, next to the button – makers, fishermen appeared on the Wkra and its tributary Raciążnica. Not pearls, however but mussels, and above all their shells with a pearl interior. At the beginning, the buttons of Sochocin went to the Posner textile factory in Kuchary, which produced uniforms, and later the town became one of the main suppliers for Łódź and was considered the button – making capital in Poland. That’s right – Polish lands, and not in Poland because this was not on the maps in the 19th century. Uprisings tried to restore it, in January many inhabitants of Mazovia, including Sochocin and the surrounding area, took part. This past is reminded, among others, by an insurgent cross in Smardzew For the name of the village of Kuchary changed to Kuchary Żydowskie in honor of Samuel Posner. The son of the owner, Kuchary, and the grandson of a rabbi from Finland, when he heard about the outbreak of the uprising, he immediately returned from Italy to Mazovia. He died during the fisths near Żuromin on July 3, 1863.

Russia took its time, but severely punished areas that had shown a lack of loyalty to the Tsar. Sochocin, Wiskitki, Solec nad Wisłą and many other towns lost their municipal rights in 1869 and 1870. On January 1, 2021, three of them, including Sochocin, regained their rights.

Despite regaining its urban status and urban structure, Sochocin is a peaceful and beautiful village situated in the Wkra ice -marginal valley. The areas are conducive to agritourism, cycling and hiking, coming and horse riding. In Sochocin and Kuchary you can use the canoe rental.

Cyclists and hikers can go on trips along the route of roadside chapels (there are about 100 of them in the Sochocin commune!), old wooden huts or the remains of historic tree stands. In the village of Niewikła, you can see a palace from the end of the 19th century and the remains of a landscape park that was built around it. A beautiful landscape park from the 18th century has been preserved in Gutarzewo, and in Kuchary Żydowskie you can walk along Lipowa Avenue from the second half of the 19th century. However, in Sochocin itself, you must visit the Memorial Chamber of Button – making. It is located in the Municipal Cultural Center and is available during the Center’s opening hours.