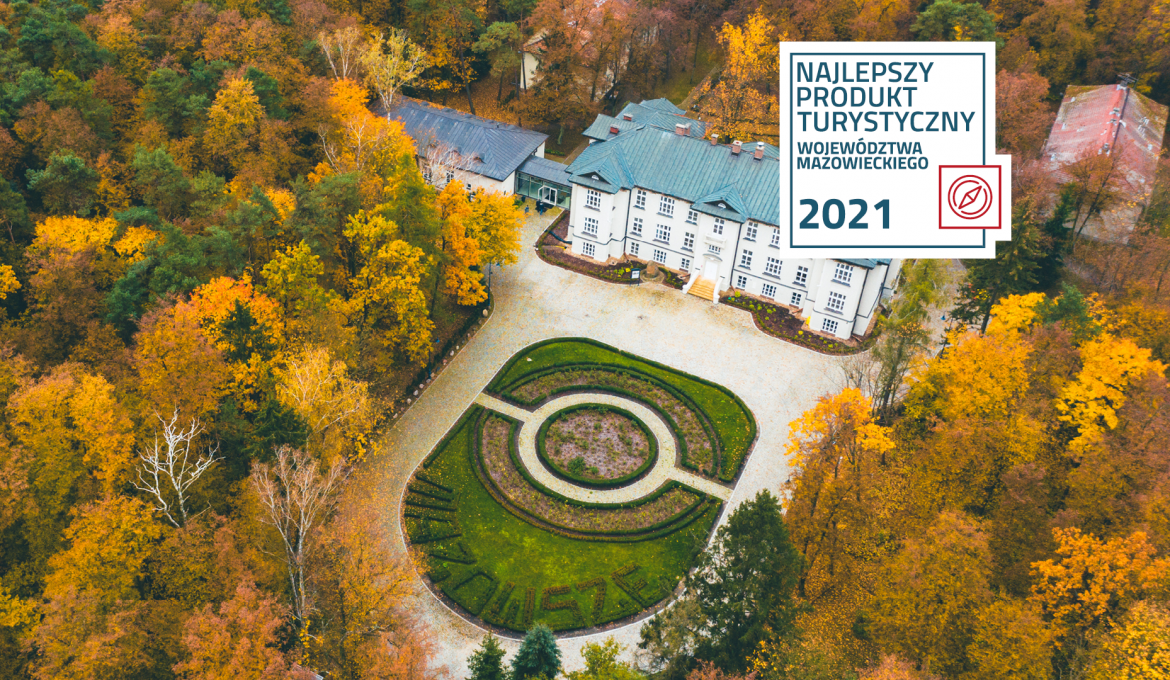 „Our whole Poland is beautiful” – guests of the „Karolin” Polish Folklore Center are greeted by the first line of a song by Wincent Pol, placed above the entrance. A short phrase from the side wall explains which story the recipment is about to go to: „Polish folklore in music, singing, dancing, and costumes”.

BUNK BEDS AND THE GHOST OF MIRA

The center was established in the Karolin Place, the legendary seat of the Mazowsze ensemble. It was here in 1948 that the story of one of the most famous ambassadors of Polish culture began. Places visited all over the world by this group are commemorated by Stones with the names of the places where Mazowsze has given concerts.

It was supposed to be a choir in the beginning. Tadeusz Sygietyński and Mira Zimińska – Sygietyńska, the founders of the team, welcomed talented youth from nearby villages, and later from all over Poland, aged 13 to 18. The Karolin Palace became a home, school and workplace for these young people, often deprived of their families due to the turmoil of war. Young artists slept here on bunk beds, studied and passed their Matura exams, prepared for performances and…. potatoes and beets. The first exhibition room devoted to Tadeusz Sygietyński tells the story of the formation of the ensemble, its daily work and the creation of its repertoire.

Walking through it gives you a chance to peek into the office of Mira Zimińska – Sygietyńska, who seems to have been abandoned by the hostess only for a moment. Indeed, in the seat of Mazovia there are stories that in the evenings

you can hear its quick, impatient steps in this part. Apparently, its presence is witnessed by employees who stay at work for too long….

The history of the Mazowsze ensemble and its founders is one of the two main themes of the exhibition at the Center of Polish Folklore. The second theme, strongly intertwined with the first in almost every exhibition room is the story of Polish folklore.

WOOD CUTTINGS AND TAGS IN REAL

Kurpie, East Mazovia with Podlasie and West Mazovia, Wielkopolska and Kujawy, Pomerania, Warmia and Mazury, Silesia and Małopolska – each region has its own room with a precisely arranged story. Its elements are both exhibits (concert costumes of Mazovia, including original folk costumes collected during ethnographic research, unique photos documenting life in the countryside in the first half of the 20th century, folk instruments), multimedia, and the decor of individual rooms (giant Kurpie cutouts!), including the color of lighting individually selected for each region.

The exhibition is not overwhelmed with the excess of materials and exhibits – all elements have been tastefully planned, ensuring the transparency of the message and encouraging individual searches (tag clouds on the walls).

Wandering around the Karolin Palace is not only getting to know the history of the Mazowsze ensemble, Polish folklore presented in connection with the icon of Polish culture, but also following the footsteps of Polish folk and national dances, as well as their characteristic figures and interesting choreographies. Both in the exhibition halls and in the corridors once used by the team for practice and rehearsals, you can come across monitors with the recording of such dances as the polonaise, mazurka, kujawiak, oberek and krakowiak. The whole choreographic story ends with presentations titled „The Pearl in the Crown of the Republic of Poland” and „Ambassador of Polish Culture” showing the greatest achievements of the group and its extraordinary artistic journeys.

The history of the Karolin Palace dates back to the beginning of the century. The Society for Medical Assistance and Care for the Mentally and Nervously Sick decided to build a senatorium „for the poor and nervously ill” on a plot of land donated by Feliks Borowski. The construction of the palace began in 1909 with the support of Karolina Bobrowska, widow of a land donor. The name Karolin comes from her name. The building, erected according to the design of architect Czesław Domaniewski, was completed and commissioned in 1911.

After World War I, the sanatorium was suspended due to lack of funds, and the building was taken over by the Russian Red Cross. In 1923, the palace was leased to the Charity Society. The patients returned to Karolin in 1932, after a general renovation of the ruined palace. In addition to treating the nerve patience, commercial activities were started and rooms were rented out to vacationers. Karolin became one of the most expensive holiday and treatment centers in Poland, to which artists and writers escaping from the hustle and bustle of the city eagerly came.

Even before World War II, Mira Zimińska and her friends used to visit the palace. The Society for Medical Assistance and Care for Mental and Nervous Illnesses was dissolved in 1947. A hospital or sanatorium for high – ranking people in the state ws to be built in the Karolin Palace, but the idea was finally born to allocate it the seat of a folk group, which was to be created by Tadeusz Sygietyński. At the end of 1948, the first young people started coming to Karolin. When in 1949 the National Folk Song and Dance

Ensemble „Mazowsze” officially began its operation, the entire palace building was handed over to its use.

From materials of the Mazowsze Ensemble

Karolin, located in the quiet buffer zone of the Młochowski Forest, can be easily reached by the WKD train (Otrębusy station). In the area, it is worth going on a hiking or cycling trip to admire one of the most beautiful oak and pine stands in Mazovia.