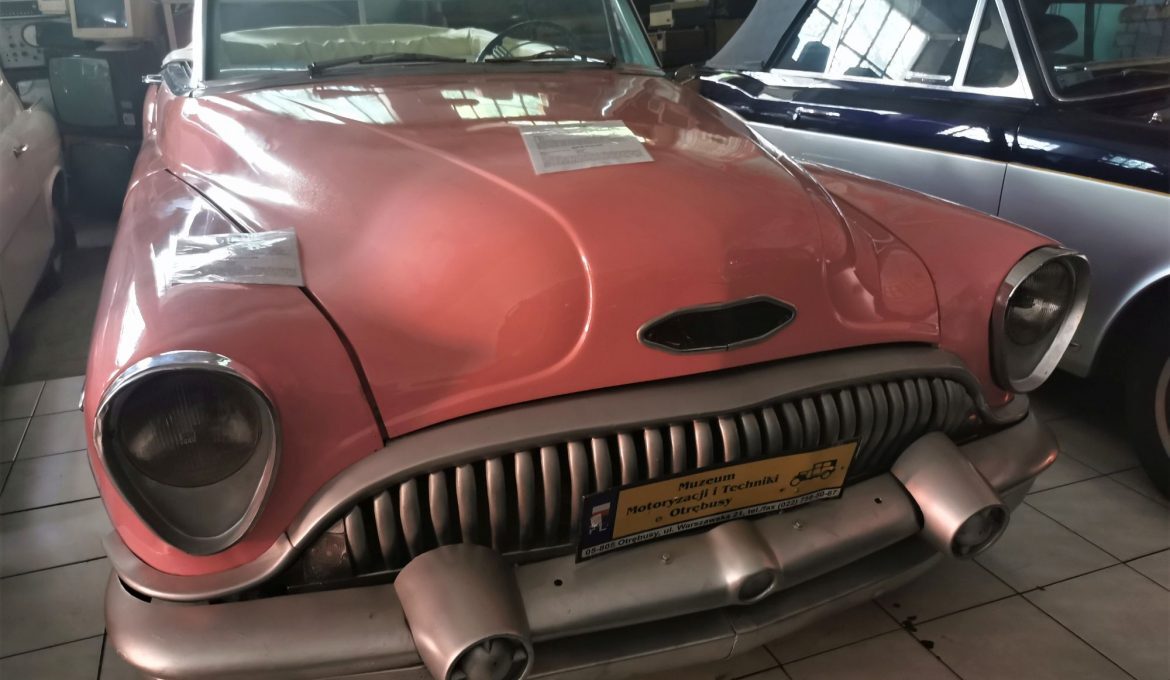 Do you like the „Cars” animation or the „Top Gear” program? If you are a motorization fan, you are invited to get to know the Automotive Museum in Otrębusy. You can find the largest collection of vehicles in Poland there: exclusive presidential limousines, old fashioned Ikarus, as well as Formula 1 racing cars. You can not only see all the vehicles but also touch the iconic cars and see that they are real, not a dream and study all details from a distance of a few centimeters. The museum is back in operation from the 1st February.

The Automotive Museum is a private initiative of the Mikiciuk family dealing with rescuing from scrapping and collecting old vehicles for years. Their collection includes 300 historic passenger cars and trucks, as well as military vehicles, buses and motorcycles. Most of them are in good condition that they can often appear in films as props.

The collection is divided into several sections. The most interesting are cars from 1920s and 1930s as well as vehicles from World War II or communist times.

The real gem are the American Buick Skylark 53, owned by the Prime Mister Józef Cyrankiewicz, the Fiat 125p of  President Aleksander Kwiaśniewski or the Volvo 262 owned by the composer Kazimierz Kord. Most visitors spend time looking longer at the luxury limousines and the collection of formulas that competed in the races of countries behind the Iron Curtain at the turn of the 1970s and 1980s.

The oldest collection vehicle is J.A.G from 1897. It is the first car that has been driven in Poland. Passenger cars are not all to see. The museum also has a collection of motorcycles and bicycles. The oldest come from the 19th century. There are also armored cars and tanks, including the famous Rudy from the movie „Czterech pancernych i pies” and a special papa mobile made for the biographical movie about Karol Wojtyła, „Karol. The Man Who Became Pope”.

Each vehicle has its certificate containing information about history, technical aspects and mileage. Descriptions are both in Polish and English.

Otrębusy is located less than 30 km from the center of Warsaw and it can be reached by car or by train, 1 km from the WKD station.

Opening hours from the 1st February 2021: