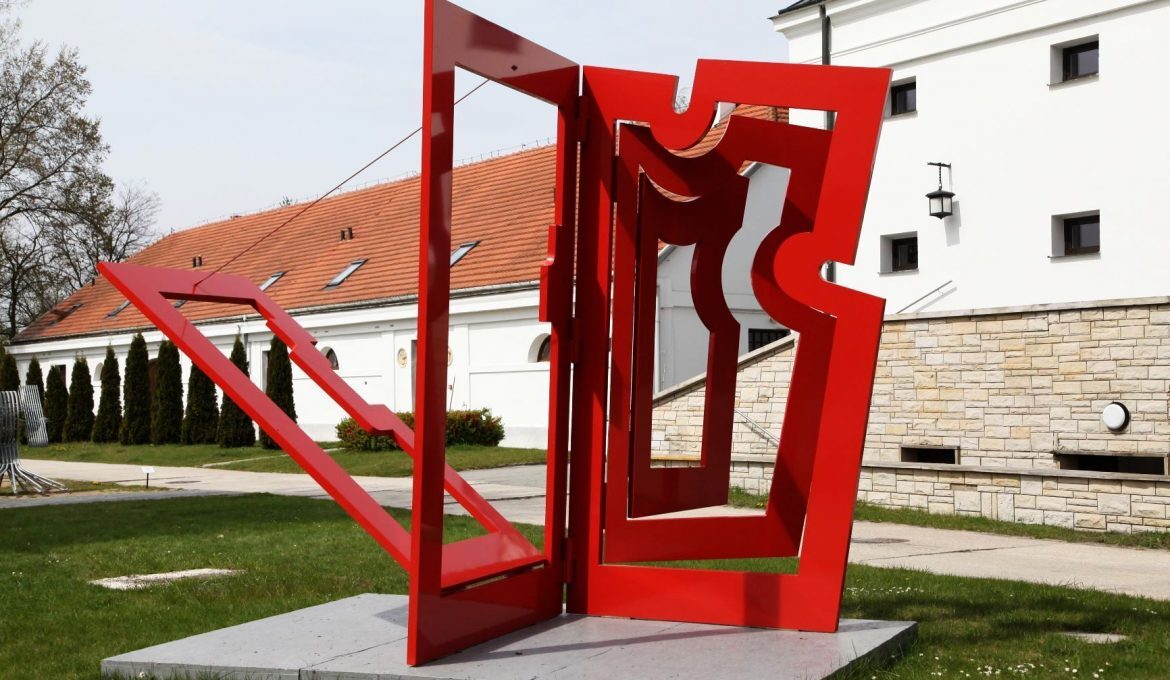 There is an extraordinary place just 17 km in a line from the „Elektrownia” in Radom. It is a place where the blind can discover work of art through touching, young viewers can try to understand contemporary art and works of art can escape from the exhibition rooms to open air. Many of them are placed in the palace park for good. The exhibition history of the Center of Polish Sculpture in Orońsko began with the outdoor, park gallery.

There used to be a farm here (and in the village of Orońsk, as it used to be called, there were even four inns). In the mid 19th century there was a palace built here, stylized as an Italian neo – Renaissance villa. The shape beautifully fits into the surrounding park, and in 1877 it became the summer residence of Józef Brandt, a would – be engineer who was to study the secrets of designing steel structures in Paris. Instead of studying, he fell in love with art, made friends with artists and after studying at the Royal Academy of Fine Arts in Munich, he became a successful painter. The park and the palace complex was his wife’s dowry and a summer art center was quickly established here, attracting painters such as Wojciech Kossak, Tadeusz Ajdukiewicz, Józef Ejsmond or Władysław Szerner. They started to call the place „The Free Orońsko Academy”.

The idyll was destroyed by World War I and the palace was robbed by soldiers. Józef Brandt moved to his apartment in Radom at 9 Szeroka Street (today Piłsudskiego Street), where he died. The tenement house where he lived is still called the Brandt’s House.

The Orońsko palace surrounded by the park changed owners, and in 1965 it became the site of a post – open – air exhibition of 13 artists, whose stone sculptures fit fantastically into the Orońsko estate. In 1969 , the Center for the Creative Work of Sculptors was opened here with the first studios for artists.

The Center of the Polish Sculpture in Orońsko is a huge institution today. It provides artists with ateliers (about 200 artists come here annually), has interesting exhibitions space (apart from the palace, classicist chapel and farm buildings converted into studios and exhibition spaces, there is the Museum of Contemporary Sculpture, built in the 90s), organizes educational activities for children and teenagers and shows works of art to

disabled including deaf and blind. It shows a collection of works of art by the Polish sculptors who have been working since the mid 20th century.