Home ⁄ MUST SEE ⁄ PALACE IN WILANÓW. THE RESIDENCE OF KING JAN 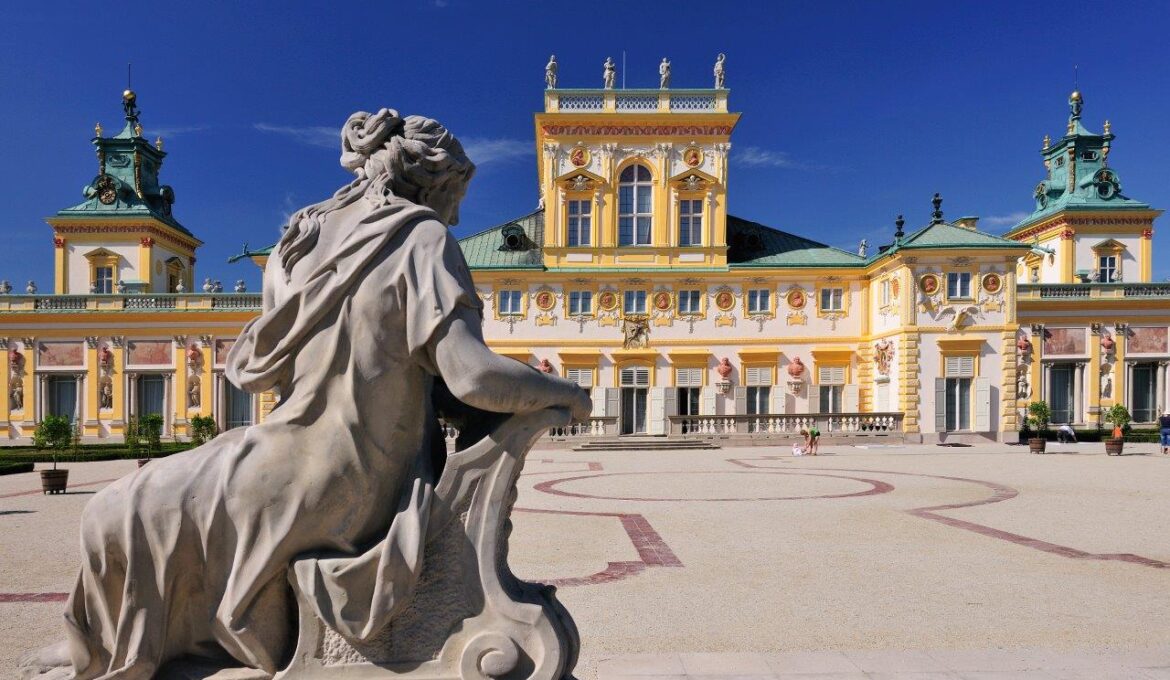 The King of Poland, Jan III Sobieski, a few months after the coronation, bought a property near Warsaw and created a place for his family and himself to rest from the crowds and bustle of the city. He enjoyed daily walks around the estate and looking after the property, hunting and visiting the zoo, as well as working in the orchard. Centuries have passed and the palace and the park play the same role. It allows you to take a break from the pace of the big city, not far from its center. Only now, the beauty of nature, architecture and works of art in Wilanów can be used by everyone who wishes to visit the royal estate.

The legacy of the king and collector

The Museum of King Jan III Palace at Wilanów is one of the four museums of royal residence in Poland, next to the royal castles in Warsaw and Kraków and the Royal Łazienki Park in Warsaw. The estate in Wilanów combines the heritage of the two most important figures for this place  – the monarch and the outstanding strategist Jan III Sobieski and the art and education lover Stanisław Kostka Potocki.

It was a manor house that was built in 1677 in the village of Milanów, that was bought by Jan III and named by the owner of Villa Nova. It grew into a luxurious Baroque palace with time, one of the most interesting buildings in this style in the Polish – Lithuanian Commonwealth, and Milanów became in the natural way Wilanów.

The expansion started for good after the Victory of Vienna in 1683, and the place became a monument to the glory of the host. The king was one of the greatest leaders in the history of Poland and Europe, whom the Pope Innocent XI awarded the title of defender of faith, and the Turks, who were defeated at Vienna and Parkany, called the Lion of Lechistan.

The idea of Sobieski was to create the representative seat of the Polish monarch combining the image of his kingdom with culture and nature.

About a hundred years after the death of King Jan III, the owner of the residence was Stanisław Kostka Potocki, a politician and social activist, a great lover and collector of art.  He gathered an impressive collection of artistic works from different parts of the world and epochs  – from ancient Rome through the 17th century Japan to paintings by French masters from the 18th century. And it was in the Wilanów palace that he made his collection available to the public, creating the first Polish art museum, the only one that has operated continuously for over 200 years!

The beauty of architecture, art and nature

The Wilanów Palace is a pearl of baroque architecture, often juxtaposed with Versailles, the residence of the rulers of France, due to the „entre cour et jardin” compositional idea characteristic of the French baroque palaces, the location of the main building on the axis between the representative courtyard and gardens.

Thus, the residence in Wilanów is a baroque palace with its decor and a collection of works of art, as well as a beautiful, well-kept surroundings, a courtyard, royal gardens and a park, the Wilanów Lake and the Morysin nature reserve, where during the reign of King Jan there was a zoo with fallow deer breeding.

The Residence in Wilanów covers almost 90 hectares in total. If you add a lot of attractive events including the spectacular winter Royal Garden of Light, King John’s name day in June and summer animated history show, it becomes clear why the place attracts over 1.5 million of visitors annually!

Summer attractions of the royal residence

It is worth to prepare yourself for a visit to the Wilanów palace also by reviewing the program in advance on the museum’s website, that covers most important information about tickets, opening hours, collections, as well as a calendar of tours, thematic meetings and workshops, for example herbalism lessons, calligraphy or Old Polish food. The ticket price includes summer guided tours and a tourist guide specializing in  gardens – their history, development and styles.