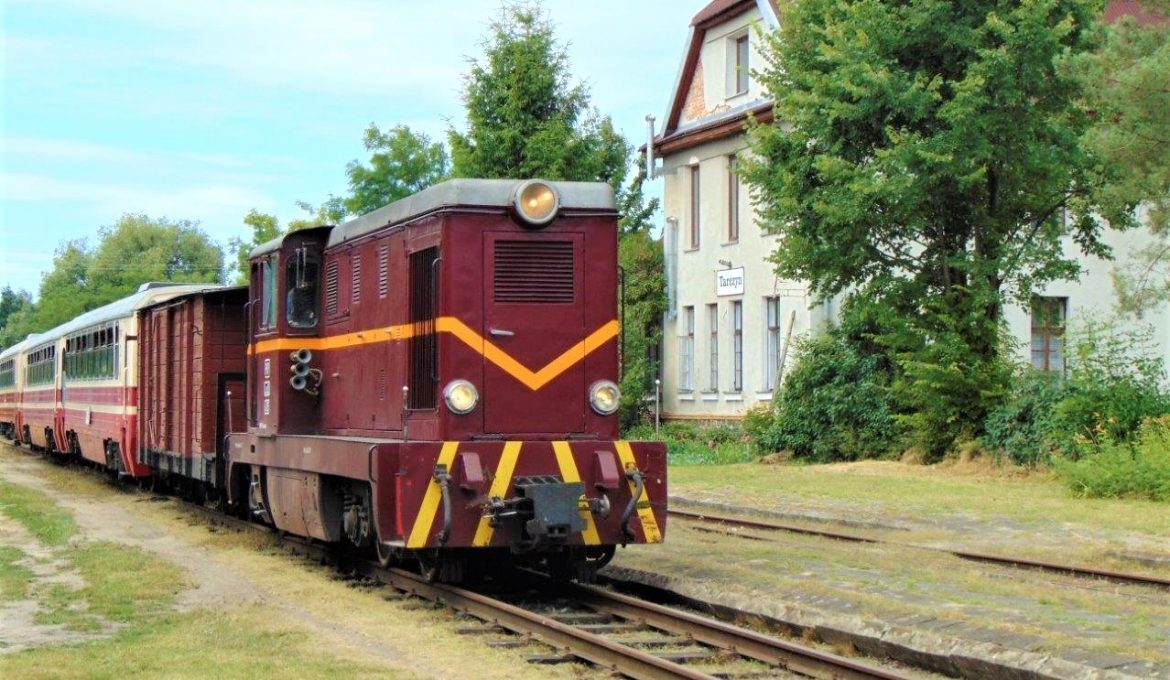 In the past, narrow – gauge railways served as a full – fledged means of transport for the inhabitants of many Polish towns. We can recall the time with nostalgia today. But you can also see how it used to be – just get into the old carriages and dash at a dizzying speed of 30 km/ h on a weekend trip on the Piaseczno – Grójec Narrow- Gauge Railway.

A journey by historic railway on the Piaseczno – Tarczyn – Piaseczno route, 30 km long, takes about 1 hour. The Piaseczno – Grójec Narrow – Gauge Railway Trail is full of beautiful views and areas of natural and recreational value, worthy of the attention and interest of many tourists. During the trip, a break is organized on a forest meadow in Runów. It lasts approximately 3 hours. There are shelters with tables and benches and a bonfire place. On the other side there is a large meadow with a birch grove. It is a perfect place to relax in the middle of the forest.

The train consists of 5 wagons with a total of 225 seats. Ticket prices are affordable: regular from PLN 30, discount from PLN 20 depending on the route and entitlements to discounts. One thing is certain – it is best to book tickets in advance via the Internet at www.kolejka-piaseczno.pl.  because of high interest, especially in summer.

During an approximately 3 – hour break at the picnic clearing in Runów, you can use the fire lit by the staff of the cable car and sausage skewers. At an additional fee, you can also take advantage of catering, attractions for children, locomotives and horse – drawn carriage rides. Right next to the picnic meadow, you can visit the Wild West City Runów – a very interesting tourist village in the country style, open every Sunday. Here you can enjoy many attractions with the theme of the old western town.

Piaseczno – Grójec Narrow – Gauge Railway, also known as Grójecka Commuter Railway, began its history in 1898. One hundred years later, Piaseczno – Grójec Narrow-Gauge Railway Society was founded, which at the start was called the Grójecka Narrow – Gauge Railway Restoration Society. The most important reason why the founding group of the society gathered was to save the monuments of the railway technology. In Poland, only two active narrow-gauge tracks have survived, that run on a track of 1000 millimeters. The railway uses its own rolling stock and one lent by the Piaseczno Commune. It consists of: Wernigerode passenger car, brankard, a motor trolley and several auxiliary freight cars.