Home ⁄ MUST SEE ⁄ OPINOGÓRA. THE MASOVIAN CAPITAL OF ROMANTICISM 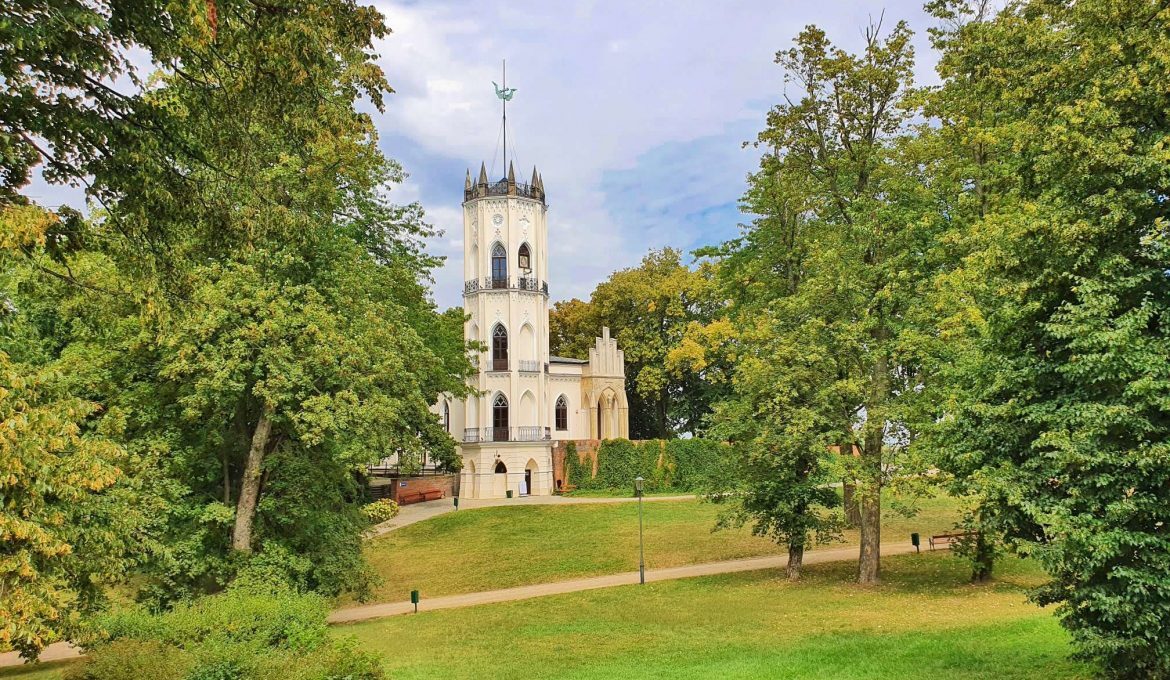 The neo-Gothic Krasiński palace from the mid 19th century along with the surrounding are (22 hectares of an English – style park) would certainly be in the top tree romantic places in Mazovia. This is where the Museum of Romanticism is located and….a magic bench that attracts love to everyone who sits on it.

The Museum of Romanticism was established in 1961, exactly 150 years after Napoleon Bonaparte issued a decree which restored Opinogóra to the Krasiński family.

It was in 1659 that the first Krasiński was offered the place by Jan Kazimierz. Before Opinogóra became the Royal Opinogóra, it belonged to the Duchy of Mazovia, and even earlier to the Norbertine Maidens from Płock – in 1185 Count Mazowiecki Żyro returned them to “Opinogote”. This is the first documented information about this place.

How did it happen that the Krasiński family lost Opinogóra for several years? After the first partition, Opinogóra found itself in the Prussian partition and it was when the Napoleonic army entered Mazovia that changed the situation. Literally for a moment Opinogóra gained a French owner at the time.

The neo – Gothic palace with a permanent exhibition devoted to the most famous inhabitants if the estate, Zygmunt Krasiński, was described by the author of “Nie-boska komedia” as following:

From the windows, I can see a Gothic castle in the valley that is built for me, with a tower decorated with rosettes and Moorish columns, further down there are three ponds and lots of greenery

In the neo – Gothic court outbuilding, there are temporary exhibitions presented and the Napoleonic collection and the Polish romantic painting are to be seen the the 100- year old manor.

And the magic marble bench? It was commissioned by the first love of the romantic bard – Amelia Załuska, who had the inscription engraved on it: “May my memory always be nice to you”. Is it really possible to attract love by prescription? No guarantees are issued, but just try by coming to Opionogóra.