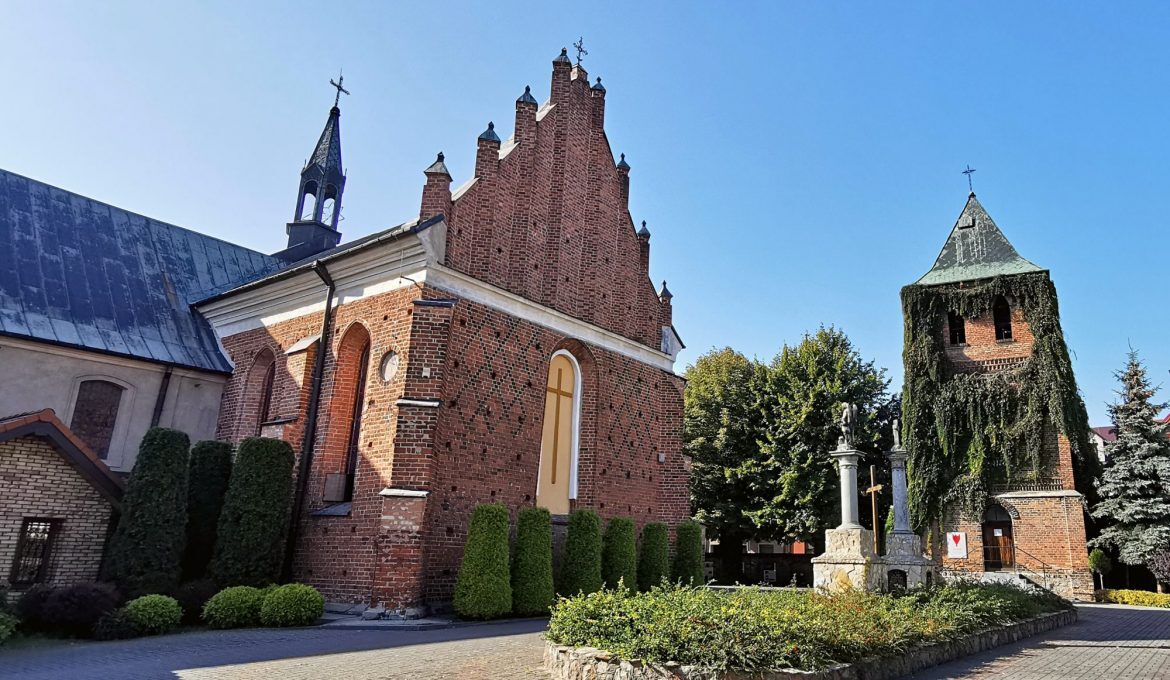 The Carmelite Church in Płońsk, photo by Maciej First

What does Płońsk have to do with Henryk Sienkiewicz? Why is this Masovian town so well known in the Middle East? What unusual attractions are hidden in the church of the former Carmelite complex?

Here are the most interesting spots worth seeing in the town, that at the turn of the 17th and 18th centuries was one of the largest centers of witch hunting in Poland.

The beginning of Płońsk date back to the 11th century. You can see the remains of and early medieval stronghold, known as Góra Szwedzka that have been preserved in the town to this day. Fragments of the embankments resembling the shape of a horseshoe, have survived to modern times. This place can be found at the crossing of 19 January and Żołnierzy Wyklętych Streets, near the Płonka river. This will be of interest mainly to those interested in archeology.

In the central part of the town, near the market square, at the Płocka Street, there is church of St. Michael the Archangel. It was founded in the mid 15th century by the Duke of Mazovia in gratitude for the victory in the Battle of Grunwald. The temple was once a part of a larger Carmelite ensemble. In a monastery next to the church, that now houses offices, there were monks living – members of the Order of the Brothers of the Blessed Virgin Mary from Mount Carmel, the first monks in the Masovian land. At the back of the buildings, a neo-Gothic belfry looks out from under densely overgrown vines (the second half of the 19th century).

In the church, you can find unusual attractions: a marble slab embedded in the side wall that is a part of a tombstone of a French colonel who died during the Napoleonic campaign in the nearby village of Kołoząb. The old sacristy hides a historic lavatory – ritual washbasin with sculptures, that were originally part of the same plate.

A person remembered with particular fondness in Płońsk is the Nobel Prize winner Henryk Sienkiewicz, one of the most popular Polish writer. Although the author of “Potop” spent only a year in Płońsk (1865/1866) here, in the Poświętne manor house, the 19 year tutor of the Weyher family wrote his first, never published novel entitled “Ofiara” and started to work in his literary debut “Na marne”.

On the Sienkiewicz Tourist Trail, in addition to the mentioned manor house called “Sienkiewiczówka”, you can see an exhibition related to the writer’s work. There is also a literary lounge dedicated to the writer in the public library and the 1st Secondary School, where you can an exhibition of sculptures from the Sienkiewicz books. In addition, several restaurants and bars in Płońsk serve dishes inspired by the writer’s work.

Płońsk is also known in the world thanks to one of its most famous inhabitant – David Grün, better known as Ben Gurion, the founder of the Jewish state and the first prime minister of Israel, who was born here. You can still see the house with a restaurant “Kaprys” (15 Sierpnia 21/21A Street) called the “bengurionówka” where Gurion grew up. The famous politician is commemorated by a plaque in Hebrew and Polish on the facade of the tenement house.

As in many towns in Mazovia, a large Jewish community also lived in Płońsk. A trace of their presence in the Płońsk Jewish cemetery from 1670. You can also see tree symbolic matzevot and a monument dedicated to the Płońsk Jews murdered during the German occupation.