Home ⁄ TRIPS ⁄ SOCHACZEW. RAILWAY AND THE BATTLE OF BZURA 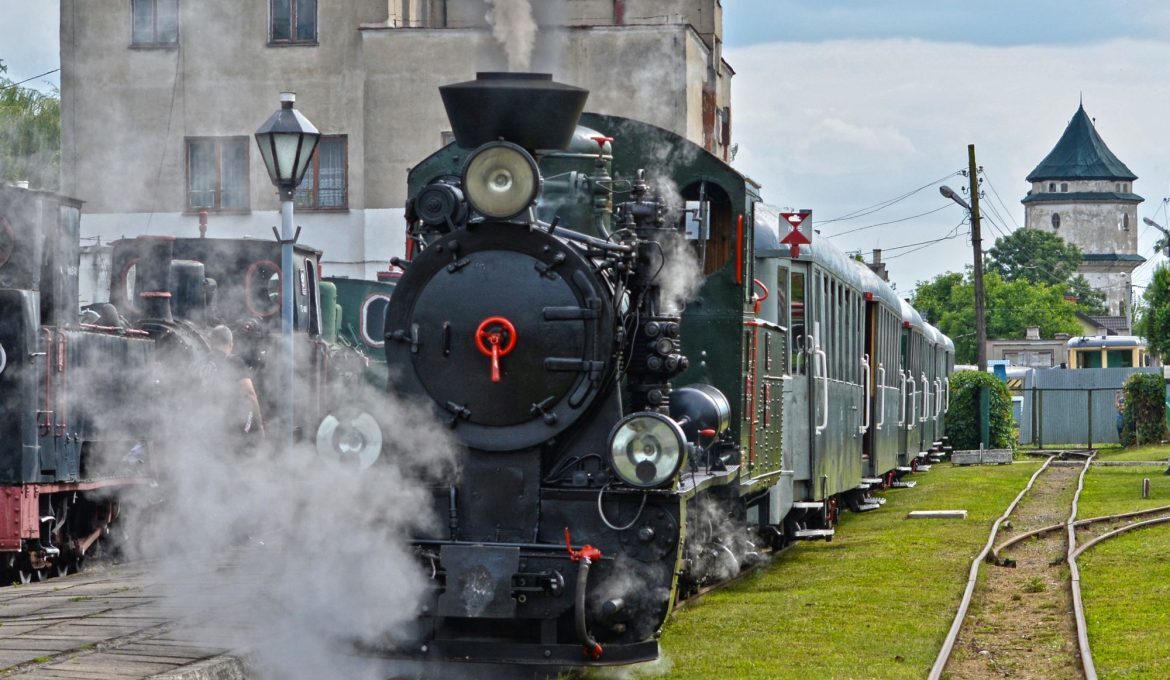 According to tradition, it is a place of death of Prince Bolesław the Wrymouth and the city where his testament was announced. On the basis of the testament Poland was divided into districts. Contrary to appearances, it did not happen at the castle. You can visit the ruins of the tower and it is worth visiting especially from spring to autumn when the narrow – gauge railways runs, and you can also walk to Żelazowa Wola, a few kilometers away.

Sochaczew is a nice idea for a day trip if you want to get to know the city itself, or for a weekend trip as base for excursions around the area.

The Battle of Bzura history and Sochaczew

An ideal introduction to the history of the town will be a visit to the Museum of the Sochaczew Land and the Battle of Bzura, located in the historic town hall buildings and its surroundings. The open – air part of the exhibition is an open – air museum of military equipment, where you can see an engineer pontoon, a tank as well as anti – aircraft cannons.

Inside, it is worth paying attention to the exhibition devoted to the Battle of Bzura, the largest military action the September campaign. It consists of weapons, documents, photos and uniforms of soldiers of the Polish Army from World War II. It is a real treasure trove for history lovers!

The archaeological exhibition tells about the region in a broader context. You can also see the reconstructed forge with heart there. One of the rooms is entirely devoted to the most famous monuments of Sochaczew, the castle of the Dukes of Mazovia. After learning about the history, it is worth going to the bank of the Bzura River to see the ruins of the castle.

The Castle of Masovian Dukes

The first stronghold in Sochaczew was probably built at between 12th and 13th century, and the brick castle in the mid 14th century. Unfortunately, it was first destroyed during the Swedish Deluge, and after the partitions, it was treated by the Prussians as a quarry. The bricks it was build became the building blocks of many town houses. Only the remains of the reign of the Masovian dukes have survived to this day. Admission to the ruins is free.

This place is especially worth visiting during one of the summer events. In the area of the outer ward, a popular historical picnic “Zawisza Czarny nad Bzurą” takes place every year, referring to the event of July 15th 1414, when in Sochaczew a knight from Garbów declared war on the Teutonic Order on behalf of the king of Poland.

The boulevards behind the ruins lead to the city beach on the Bzura river. It is perfect place both for relaxing and for active recreation. In the season, there is a canoe rental at the beach, thanks to which you can swim on the river and see Sochaczew from a slightly different perspective.

The narrow Gauge Railway Museum in Sochaczew is a unique place, on a European scale! In the open- air museum you can see almost 150 narrow gauge rail vehicles, and in the exhibition halls a collection of exhibits related to the functioning of narrow gauge railways in Poland. During the open days, it is possible to see the salon of Wojciech Jaruzelski, specially arranged car that belonged to the general.

All clocks at the museum show 15:35 as that was the time when the last scheduled train from Sochaczew to Wyszogród set off on the 30th November 1984.

Although regular connections from Sochaczew are not included in the PKP timetable for several decades, a fantastic adventure is a ride on the 18-kilometer narrow – gauge railway from the museum to the edge of the Kampinos Forest. Traveling in a historic train, we will see the ruins of the castle of the Dukes of Mazovia, the family home of Fryderyk Chopin in Żelazowa Wola and the church towers in Brochów.

The Retro train driven by the world’s last Px29 steam locomotive or the rarely seen Lxd2 diesel locomotive runs during summer, from April to October. You can visit the museum with a guide, go for a walk in the Kampinos Forest and take part in a bonfire in Osada Puszczańska in Tułowice on the Łasica River. All is included in the price of the train ticket.

Note: you have to remember about your own provisions. We wish you a nice journey!