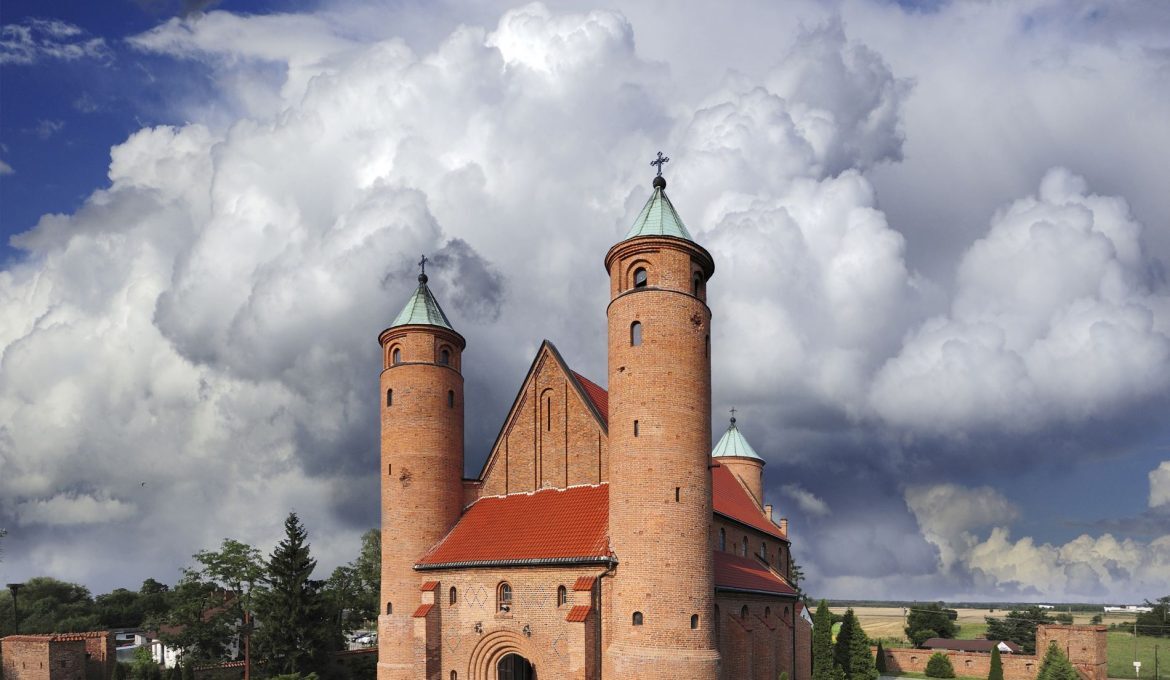 When one of Chopin;s preludes (on maybe it will be nocturne?) awakens a longing for the unknown, space and freedom, there is no way out – you have to move! Maybe just to the land of Chopin? In the vicinity of the Kampinos Forest – to Sochaczew, Brochów and Żelazowa Wola? Places that every lover of romantic music should see at least once in their life…

Sochaczew. The abduction of Chopin and the narrow – gauge railway

Did Frederic Chopin visit Sochaczew? He must have traveled through this city during his many journeys, but once he appeared in this place in absolutely exceptional circumstances: he was almost by force abducted from his home in Warsaw and taken to Sochaczew to… play a concert with the participation of general Piotr Szembek!

It was an officer who was extremely sensitive to music. Chopin described him in quite warm words: “He is very musical, he plays the violin well and the Paganist is killed, therefore he belongs to this good caste of musicians”. The general first politely invited the artist, popular in Warsaw salons, to a joint performance, and when the concert did not take place for various reasons, the military man sent to his adjutant with a carriage to fetch Chopin.

The concert took place near the ruins of the castle of the Dukes of Mazovia, which – due to their historical value and picturesqueness – are worth visiting during your stay in Sochaczew. Other important points on the map of tourist attractions are the Narrow – Gauge Railway Museum at the railway station (over 150 rail vehicles!), and the Museum of the Sochaczew Land and the Battle of the Bzura in the former town hall building, from where the city’s defense was commanded during the September campaign.

This is a unique church for several reasons. First of all it was here that the future composer was baptized in April 1810. Four years earlier his parents got married here, and his eldest sister, Ludwika was married in 1832. So it was a unique church for the whole family and probably the Chopins were visiting it during their visits to Żelazowa Wola.

Second: it doesn’t take an expert to notice that the church is atypical = it looks more like a castle than a place of worship! The building standing on the banks of the Bzura river is one of the few defensive basilicas in Poland. The temple owes this extraordinary form to Jan Brochowski, who ordered a church modeled on the fortress to be erected on his property. It is guarded by high walls on three towers like towers – with shooting posts, connected from the inside by a porch over the side aisles. There is also a source of drinking water in case of a siege’ a well inside the building, in the sacristy. The whole is surrounded by a wall with arrow slits and four bastions, it allows you to get to the church area only through one small gate.

The creator of this unusual form was Jan Baptista from Venice, also known as the Venetian, an Italian architect and builder who settled in Płock and created a studio that served practically the entire region. It is to him that Warsaw has its barbican. The Płock parish church and the cathedral in its Renaissance style, and the collegiate church of the Annunciation of the Blessed Virgin Mary in Pułtusk in its beautiful form.

Interestingly, the defensive wall has never been of any use to the church, because it was not foreigh troops that turned out to be its greatest enemy, but time. Perhaps it was saved from oblivion and utter ruin by a tiny boy who was baptized here in 1810, four years after his parents’ wedding. Certainly it is to him, on the occasion of the 200th anniversary of his birth, the church in Brochów is in its present excellent condition after renovation in 2008 – 2010.

The Chopin’s house and a wonderful garden

Żelazowa Wola is probably the most famous of the smallest towns in Poland in terms of the number of inhabitants (there are only a few dozen), but every year it is visited by thousands of guests from all over the world. It was here that Frederic Chopin was born and spent the first months of his life, there his mother baptized him from the water, before he was taken to the official ceremony in the church in Brochów, and here every summer Chopin recitals are held on Saturdays and Sundays.

Fryderyk’s parents – a noblewoman, Justyna Krzyżanowska, a poor relative who lived with the family, and Mikołaj Chopin, a Frenchman who worked for the Skarbek family as a tutor since 1802 – married in1806 and lived in the same outbuilding, which today pretends to be a manor house and is called “Birth House of Fryderyk Chopin”.

The present look of the building does not correspond to the extremely modest conditions in which the Chopins lived. Instead of floor, they had a threshing floor, there was also no column porch, which today adds elegance and stylizes the building to the manor house, which has not existed in the place for over 200 years, because it burned down two years after the Chopins moved to Warsaw -in 1812.

Currently, the house is a place of stories about two families living in Żelazowa Wola – Skarbek and Chopin, and about the everyday life of small nobility in the  Mazovian countryside. Another story is about the genius composer who was born in this place, Music room: with a piano, fresh flowers and the artist’s image, it is also a concert venue. This is where Chopin’s phrases resound from spring to autumn, where you can listen to the beautiful historic park surrounding the Museum.

The park and the magical garden, where even in winter, specially selected flowers bloom, complete the story of an artist from Mazovia, who for half of his life in a forein country wrote the longing for this land in his music. You can hear it while walking along old oaks, maples and willows, wandering along park alleys with an audio guide, or during weekend recitals.

From Warsaw, you can choose the fastest route via A2 and after less than an hour drive you reach Sochaczew, but you can choose the road through Łomianki, between the Vistula and the Kampinos Forest, and then cross the forest and through Kampinos to Żelazowa Wola, then to Brochów, and then on the way back visit the castle in Sochaczew.

By train to Sochaczw (you can transport a bicycle for free in the compartment for travelers with more luggage on Koleje Mazowieckie), from the station at the ruins of the castle of the Masovian Dukes, thento Brochów (approx. 14km). from Brochów to Żelazowa Wola (approx. 10 lm),from Żelazowa Wola to the railway station in Sochaczew (8km).

By train to the railway station in Sochaczew and by bus no.6 in front of the station to Żelazowa Wola. If you have to wait for the bus (on weekends they run from 8:00 am.to 4:00 pm. every hour), it is worth visiting the Narrow – Gauge Railway Museum in Sochaczew or going to the castle, and taking thebus at the next stop at Piłsudskiego or 600-lecia.