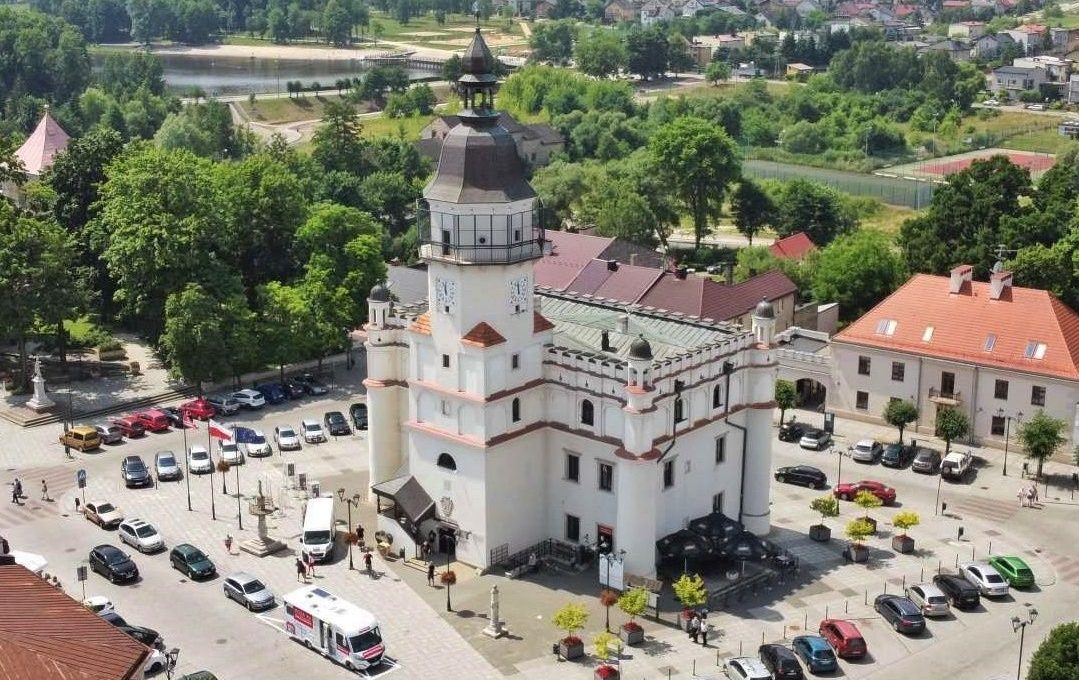 A beautiful Renaissance castle made of Szydłowiec sandstone was built on an artificial island. The construction was started in the 15th century by the Marshal of the Court of the Kingdom of Poland, Stanisław Szydłowiecki, whose work was continued by his son Mikołaj.

One of the first inhabitants of the castle was Krzysztof Szydłowiecki, the great Crown Chancellor, a 16th century humanist, art lover and patron of artists. His former house draws on the tradition an artistic passion of its first owner: it has become the seat of  cultural institutions.

The castle has gone under a major renovation in recent years and now houses the Szydłowiec Cultural Center “Zamek” and the Szydłowiec History Workshop, which presents souvenirs about the rich past of the almost 600-year-old city.

Apparently, unusual phenomena were registered at the castle in the 1970s. Mysterious noises, lights that turned on by themselves in empty rooms…..

After the first attempt, the restorers working on the frescoes on the first floor gave up staying in this place. Apparently, they were haunted by a mysterious female figure  – the White Lady wandering around the castle’s galleries and courtyard on cloudy spring and autumn nights.

According to legend, it may be the spirit of Elżbieta Radziwiłłówna, who the devil tried to lead out of the castle so that she could meet her beloved – a poor nobleman. However, when Elżbieta was walking through an underground tunnel from the castle to a nearby church, she was scared to death by flying bats. So the lost soul wanders around the Szydłowiec castle on this day, lonely and longing for lost love.