Home ⁄ TRIPS ⁄ THE MEMORY OF THE WARSAW GHETTO 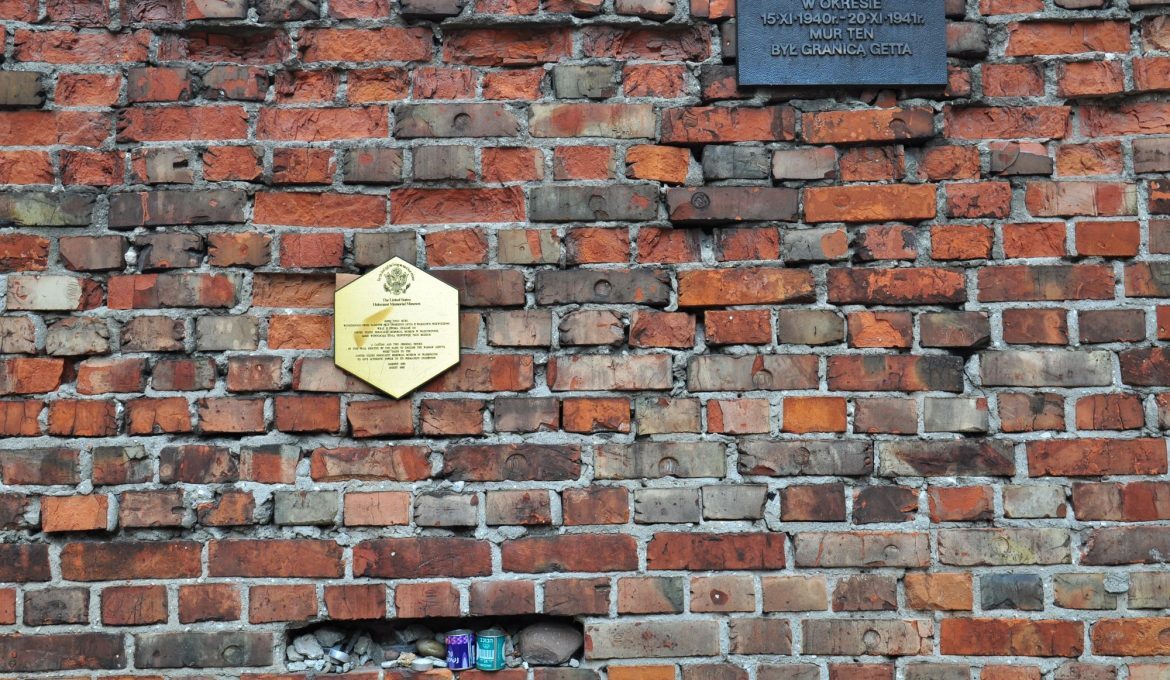 First there was the conquest. The repression and segregation. Closure in a cage. And finally the end – the extermination of the imprisoned and razing the cage to the ground. It really happened, and the torturers and victims were people. The unimaginable and monstrous history is recalled in Warsaw by memorial sites and routes – the Memorial Route of the martyrdom and struggle of the Jews and the symbolic wall of the Warsaw Ghetto with ghetto monuments and several preserved fragments of the authentic wall (Sienna 554, Złota 62 and Waliców 11).

On September 1, 1939 when the Germans army invaded Poland, almost 360 000 Jews lived in Warsaw. There was no such large Jewish community in any other European city. Only New York City had more of this nationality in the world.

On September 30, 1939, the Germans entered Warsaw. One of the first regulations was the order to conduct a census of the Jewish population, which took place on October 28, as well as the entire system of repression against the Jewish population, starting with a ban on shopping in shops, then by blocking accounts, forcing to work in selected places while prohibiting work in municipal companies. On November 24, 1939, a segregation action began; Jews over the age of 12 had to wear an armband with a blue Star of David on their arm. With time, this order was extended to the entire Jewish population, Jewish shops and businesses. In January 1940, synagogues were closed, and Jews were forbidden to use public libraries, and later also those existing in the northern district in Śródmieście, inhabited mostly by Jews.

On October 2,1940, the German occupation authorities established a ghetto in Warsaw – a closed area, isolated from the rest of the city, in which Warsaw Jews were locked up in a cage. The pretext was the threat of typhus. Building a wall separating the former northern district from the rest of the city was preceded by the placement of infection warning signs. The area of 3 square km is surrounded by an 18 km long wall. The ghetto gates slammed on November 16, 1940. The occupiers quickly showed that helping Jews from behind the wall would be severely punished.

On the first day, lots of Chistians bought bread for their Jewish friends and acquaintances, it was a mass phenomenon. (…) Today, on November 19, 1940, a Christian was shot as threw a sack of bread over the wall

Every day, there were more and more people in the ghetto -the Germans captured those who had managed to avoid closure in the city and brought Jewish people from the entire General Government, especially from the Lublin district, tho the ghetto. In April,1941 450 000 Jews were crowded into the Warsaw ghetto – 146 000 people in 1 square kilometer.

Inhuman conditions – from the ghetto uprising in the autumn of 1940 to July 1942, 92 000 people died of hunger, disease and cold. Another 300 000 were murdered by the  occupiers in the Treblinka extermination camp. Tens of thousands died during the transports. The liquidation action and deportations began on July 22, 1943.

German troops entered the ghetto at 6 a.m. And then the uprising broke out. The first urban uprising against Germany in occupied Europe and the first military action on such a scale in the areas occupied by the Third Reich. It had no chance of military success, and it was clear from the start. Several hundred members of the Jewish Combat Organization and the Jewish Military Union took part in it. It ended on May 16 ,1943.

About the Uprising in the Warsaw ghetto on the POLIN Museum website:

After the end of the uprising, part of the ghetto was razed to the ground by the Germans. It was not enough to destroy the memory of what happened in Warsaw during the occupation. The story of a few hundred thousand tormented, incinerated people, as well as those who decided to leave on their own terms, are reminded of the sirens that ring at noon on April 19. And places and trails of remembrance.