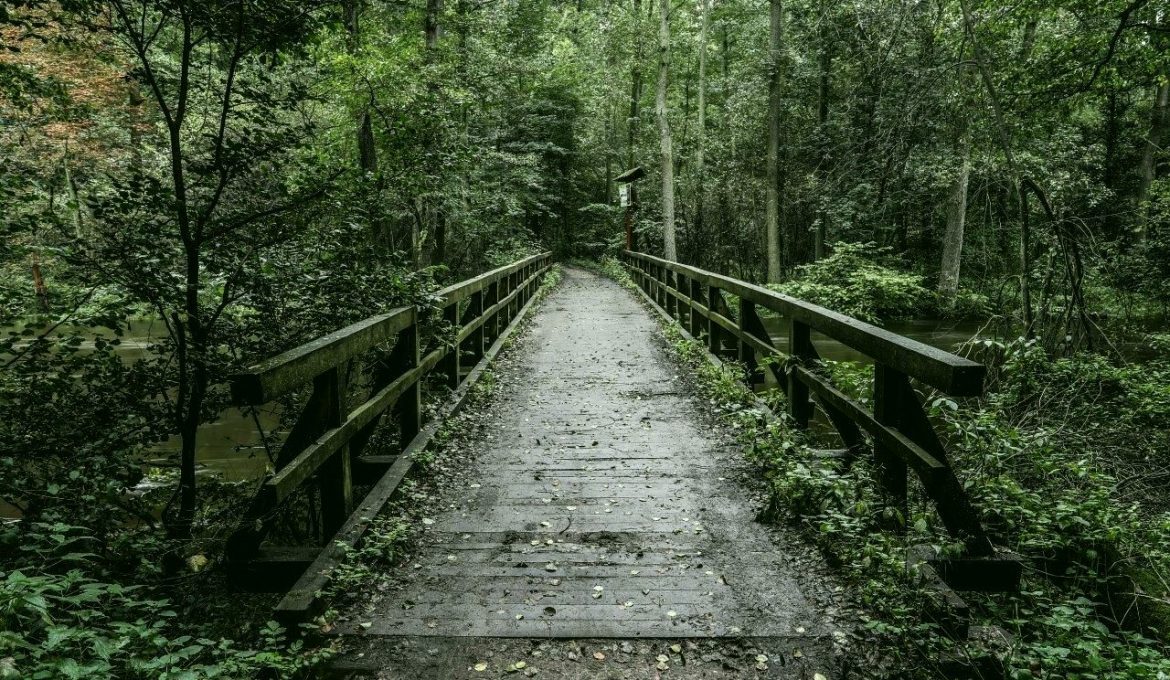 Gorges and backwaters, oxbow lakes, tiny lakes and peat bogs created by the meandric Skrwa among forest complexes – this is how you can briefly describe the Brudzeński Landscape Park. Due to the unique terrain with multi – level terraces crossed by hundreds of ravinges, as well as the richness of the world of animals and plants, it is called “Masovian Switzerland”.

You can get to know the advantages of the park by going for a walk along specially marked paths, in the reserve or – from a slightly different perspective – by taking part in an organized kayaking trip on the Skrwa river.

How to visit the park – didactic and nature paths

For visitors in the park, several convenient educational and nature paths have been created.

The route of the ornithological path partly runs through the luminous oak forest – one of the most valuable plant complexes in the park. The path begins in Murzynowo at the bridge, at the mouth of the Skrwa Prawa to the Vistula, and is 4.5 km long. On the way, there are five stops with educational boards presenting bird species living in the Brudzeński Landscape Park.

The nature and forest path is especially attractive for children and adolescents as well as their teachers. It crossed the Sikórz nature reserve – the most picturesque part of the park. The path starts near the Church of St. the Trinity in Sikórz,from where it runs along a forest, a wooden bridge over Skrwa, and then crosses green areas to reach the escarpment descending to the river. Information boards on the path describe the role of insects, birds and animals, including badgers, otters, beavers, dormice and bats, forest structure, tree growth stages and the role of water in the ecosystem.

The shor, 400 – meter long educational trail about the climate, landscape, fauna and flora begins near the meteorological garden of the Mazowieckie Geographical Center for the University of Warsaw (Murzynowo 34) and runs along the willow avenue to the Museum of Stanisław Murzynowski. Along the way, five stops with information about the park’s landscape have been marked out.

There are also two Nordic walking routes in the park. The first is a 8 – kilometer route that runs next to the Brwilno forest complex, and the second is 12.5 km long and can be found near Sikorz.

Cyclists can go for a ride along fragments of the red PTTK trail. Bolesław Krzywousty, whose 20-kilometer section runs through the area of all three reserves and the park’s buffer zone. The trail starts in Płock, and the Guardhouse (4 Tumska Street).

The Brudzeński Landscape Park is not only about natural attractions – in its buffer zone you can also see monuments of historical and cultural value. Among them there are mills settlements typical of this part of Mazovia (Lasotki, Radotki, Sikórz) and manors (in Skorz, Karwosieki – Cholewice, Winnica, Brudzeń and Srebrna), as well as historical churches: wooden in Brwilnie Górnym, Romanesque in Rokicie, Renaissance in Siecień and a Baroque one in Bądkowo Kościelne. A unique attraction of the area is the Museum of Stanisław Murzynowski in Murzynowo, which hosts items related to the former activities of inhabitants of the village, including fishing,rafting and sailing.

Fans of active leisure in the season can go kayaking on the Skrwa river, organized by agritourism centers (Osada Młyny). The section from Brudzeń Duży to the mouth in Murzynowo is the most interesting and highly appreciated by canoeists.

The park, including forest complexes in the vicinity of Brudzeń, Sikorz and Brwilno, is located in the municipalities if Brudzeń Duży and Stara Biała , on the right bank of the Vistula, between Płock and Włocławek. It covers and area of 3.1 thousand square meters ha (the buffer zone is an additional 4.4 thousand ha), which makes it one of the smallest landscape parks in Poland.The park is home to many species of protected birds, including corncrakes, honey buzzards, black storks and hoopoes,which are the park’s symbols.