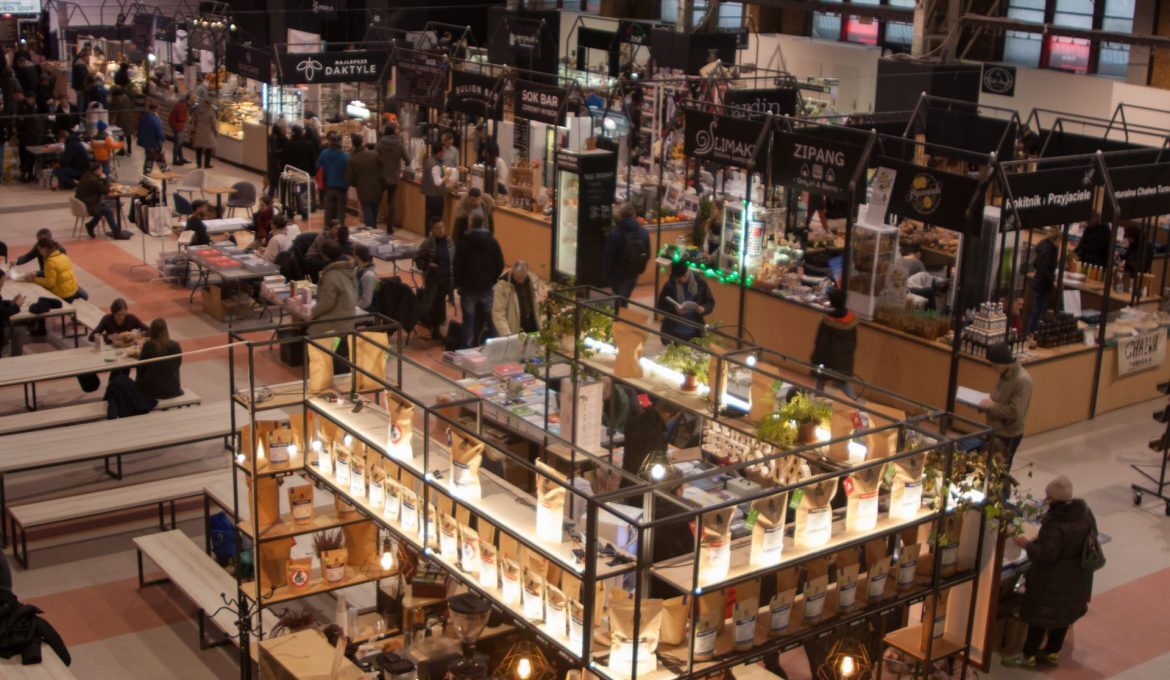 Tasty food and culture – these are two slogans reflecting the present character of Gwardia Hall, that in autumn 2017 began a new life after renovation. And one important element of the identity of the place is sport, and more precisely boxing. For some time the building was owned by the Milicyjny Klub Sportowy “Gwardia”, hence the name of the hall. In 1953, the 10th European Boxing Championships took place here. The Gwardia Hall is one of  the two so-called Mirowska Halls built at the turn of the 19th and 20th centuries in a place later called “the belly of Warsaw”. It was here that trade of agricultural products and food in the capital was concentrated. There were also two other retail centers nearby: Gościnny Dwór and Jonasza Bazar but the halls were the largest centers of stalls. Before the outbreak of World War II, there were about 900 retail outlets in them!

The inspiration for today’s Gwardia Hall, apart from the commercial past of the facility, were places such as Lisbon;s Mercado da Ribera, London’s Borough Market, New York’s Chelsea Market, Les Halles De Bocuse in Lyon and Mercado Boqueria in Barcelona. The hall is therefore to be not only a place where you can sell high – quality local and ecological products, but also a place where you can spend time in a pleasant way enjoying delicious food and taking part in interesting cultural events.

The organizers of the renovated space did not forget about the sports episode in the history of the building – the Museum of Boxing named after Feliks Stamma,was created here, and one of its elements is a boxing ring.