Home ⁄ TRIPS ⁄ ODROWĄŻ FAMILY PALACE IN CHLEWISKA. THE PALACE OF HISTORY AND POWER 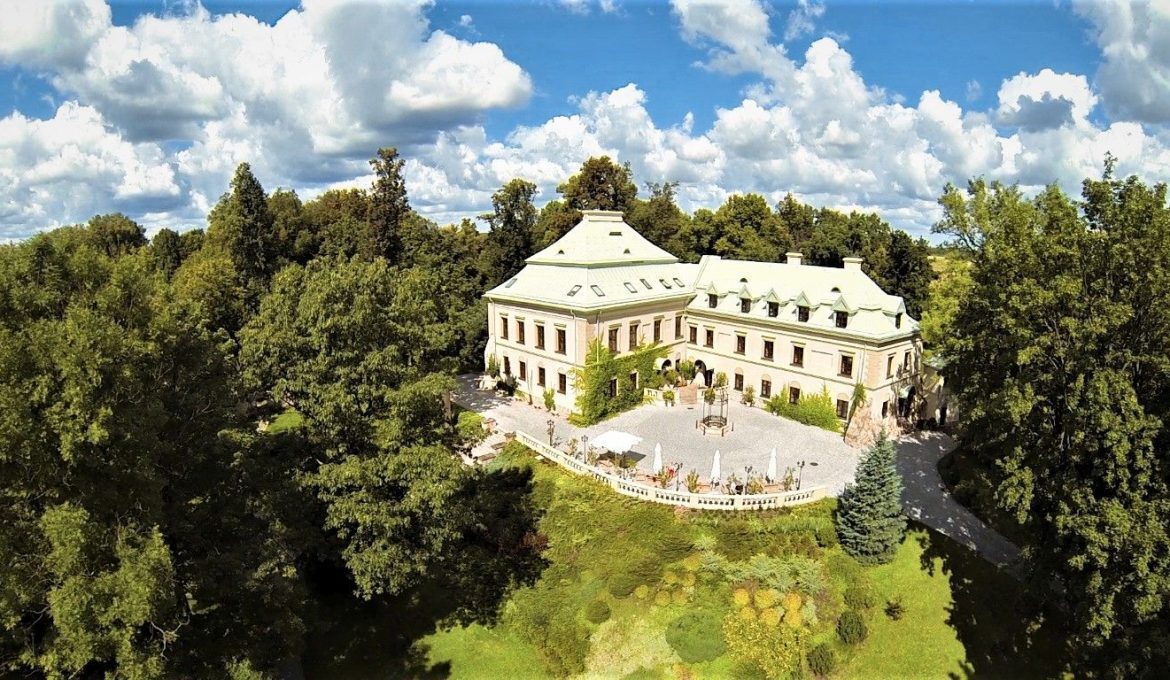 It is a magical place with 900 years of history and the extraordinary patron – St. Jacek Odrowąż, who according to a legend, fed the poor with what he knew best, hence his nickname „Saint Jacek with dumplings”. The palace is located less than 10 km northwest of Szydłowiec.

Currently, the main building of the residence in Chlewiska, is the 18th century place built on the 15th century castle, from which the Gothic cellars have survived to this day. The palace consists of two wings connected at right angles. There are 4 conference rooms, 18 single and double rooms with comfortable furnishings, a two room Odrowąż apartment with the area of 80m2 and a Drink Club in the Gothic cellars.

But that is just the main building of the residence. A museum of sculptures of Slavic gods and gods was established in the former court cellars. Guests can also visit the former ammunition warehouse, ice shop and see an exhibition of old equipment, as well as visit two chapels of : St. Jacek Odrowąż and the Blessed Virgin Mary.

The historic buildings, renovated with great care and attention, are part of the exclusive Manor House SPA Hotel **** Odrowąż Palace. It is surrounded by a beautiful landscape park, which is an ideal place for long walks. You do not have to be a hotel guest to go for a walk around the property and take advantage of the historical, nature and recreational thematic paths arranged in the area. In addition to historic buildings and beautiful old trees (some trees are over 300 years old), the park is also famous for the so-called places of power and meditation.

There is also a heliport in the vicinity of the residence. Animal lovers who do not want to part with their four – legged friends during the journey, can check in at selected rooms of the Plater Stables.