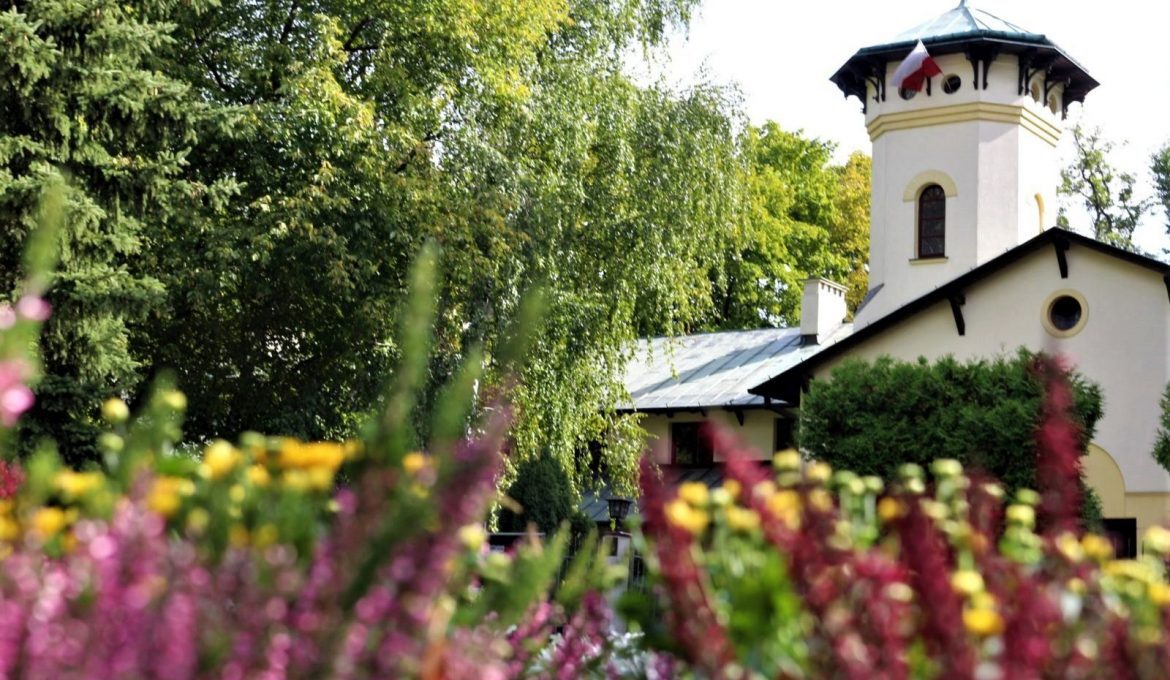 photo. the city of Pruszków

The heart of Pruszków, a city located in the vicinity of the capital and belonging to the Warsaw agglomeration, is a park and palace complex called the Potulicki Park – a large green area with historic buildings from the 19th century. The classicist mansion on the outskirts today serves as the Registry Office, while in the outbuilding in the part of the park hidden behind a fence, there is an amazing story form a completely different world: the story of a giant metallurgical center that existed in today’s Western Mazovia during the Roman empire.

THE ARCHAEOLOGICAL DISCOVERY OF THE 50TH ANNIVERSARY

The Museum of Ancient Masovian Metallurgy in Pruszków tells a story that was completely unknown until recently. Only half a century ago thanks to excavations organized in Mazovia by archaeologist Stefan Woyda, and epochal discovery was made: in antiquity for several centuries, more precisely from the 2nd century BC until 4th century AD  a huge metallurgical basin operated in this region, covering the area of 300 square kilometers, in which iron was smelted in an unimaginable number of furnaces – from 120 to 150 thousands. Probably the largest settlement of this basin known today as the Masovian Metallurgical Center, was in today’s Milanówek Falęcin (about 15 000 furnaces), andthe settlement in Brwinów, Parzniew and Pęcice there were not much less of them. To this day, research has been carried out on 250 archaeological sites, and the items found during the excavation have been placed in the Museum of Ancient Masovian Metallurgy, founded and managed by Woyda for many years. The most valuable object found during the research is the glass goblet depicting gladiators’ fight presented at the main exhibition, probably made in Egypt during the Roman Empire.

Ther permanent exhibition of the Museum tells about the steelworkers who smelt iron in Mazovia in ancient times, about their work, customs and rituals (including the mysterious burials of horses, which were somehow related to the metallurgical process), about the settlements in which they lived and their fellow residents and co-residents, about everyday life, as well as other activities, including pottery and weaving.

The Museum also hosts temporary exhibitions, workshops, lectures, presentations, concerts are held regularly, and movies and podcasts are published on the website. The facility also deals with research. In August 2021, several years of research will start in the metallurgical settlement in Zaborów, the same in which a glass cup with gladiators was discovered.

From May 4, 2021 after the pandemic break, open only twice a week: on Saturdays and Sundays from 11:00 to 15:00, free admission but the sanitary regime applies.

Pruszków is a nice option for a several – hours bicycle trip with stops in the most interesting places. The city is green with numerous bicycle routes from which most tourist attractions can be reached, The place can be reached by bike by the Koleje Mazowieckie train or the WKD train.

The popular “WuKaDka” is worth doing a stop further – getting off Komorów and walking down Kolejowa Street, which will change into Lipowa Street on the border with Pruszków. In this place, behind a brick wall, is located JEWISH CEMETERY IN PRUSZKÓW – one of the few in Mazovia preserved in such a good condition, although it was not spared the destruction, the most serious after World War II. To this day, 204 tombstones have survived, including 177 entirely. At the entrance from Mordehai Gutowicz Street (the founder of the Jewish community in Pruszków), there is a brick mortuary.

The cemetery is closed, but in order to visit you can call Marian Skwara on tel.535 777 853 and make an appointment. He is one of the people looking after the place and the author of numerous publications about the history of Pruszków, as well as the history of the Jewish cemetery.

Further on Lipowa Street, you can reach Pogodna, then turn into Prusa Street (on the way you can use the numerous places on this street – bars, cafes or restaurants), and go to the corner of Armii Krajowej Avenue. This is where you can find beautiful, though in a bad condition but fenced Teichfeld Palace – an eclectic residence build in the 1870 for the founder and owner of faience factory in Pruszków.

Until recently, there were remains of the Porcelain Factory at the rear of the property, but after selling the post – industrial area to the developer, a new estate was built there. In a small part of the palace, there are apartment sales offices and only during office hours you can enter the palace area to see the building closely.

The Prusa Street leads directly to the park and palace complex, which include the Museum, i.e. Potulicki Park, John Paul II Square with beautiful old chestnut trees, a fountain, benches and a view of a classicist palace from the beginning of the 19th century is one of the favorite places for weekend walks of Pruszków residents.

Between the trees you can see the turret of the palace outbuilding – that is the Museum of Ancient Masovian Metallurgy. It is worth remembering that it is only open from 11:00 – 15:00 (from May 2021 only on Saturdays and Sundays), so you need to get there early enough.

After visiting the Museum and walking along the park alleys (look over the Utrata River), you can visit another park – Anielin, adjacent to the Potulicki Park, and then, after going along Owocowa Street, the Kościuszko Park, with Sokola Palace – a neo – Renaissance contemporary to the Teichfeld Palace, which now houses the Youth Cultural Center. From here you can already see the railway station.

There are also two interesting places there:

The DULAG 121 Museum tells the story of Warsaw civilians expelled from the city after the Uprising in the fall of 1944 and displaced. It was in this place, in Pruszków, that the Dulag 121 transit camp was located.

From here you can go to the POW and Promyka streets straight to Przejazdowa, turn left and here it is number 17 – secondly”

STEEL FIGURES GALLERY – an extraordinary exhibition delighting DIY enthusiasts and enthusiasts of building with strange-shaped blocks. Children of all ages will be happy here.

It is worth leaving this point of the trip for the end, because the Gallery is open long – on weekends until 6.00 pm. This is the only place, apart from trains, where you have to buy tickets.