Home ⁄ TRIPS ⁄ TO “ŚWIDERMAJER” ARCHITECTURE AND MASOVIAN LANDSCAPE BY BIKE 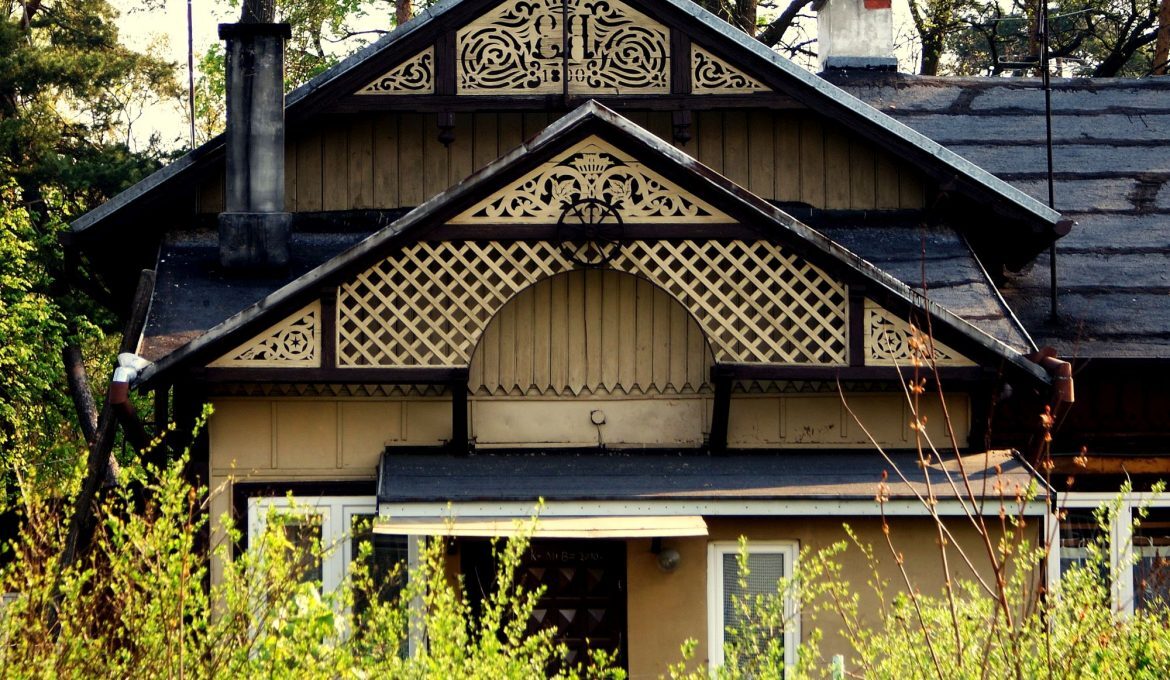 Building in the style of “świdermajer” in Otwock

There is a magical land of lace wooden architecture and the Masovian Landscape Park at the same time, just a stone’s throw from Warsaw. Lots of old beautiful buildings, often designed by Andriolli, who invented the style called „świdermajer” (because the Świder river), as well as greenery, trees, fresh air and…bicycle routes. You can choose and easier route or a slightly more difficult one through forest sandy paths.

The Śiwdermajer bicycle route starts near KiNOkawiarnia Stacja Falenica. You can get here comfortable by the Masovian Railways or the SKM line 1. It is worth visiting the station reaching there or on the way back. The old station with special interior and atmosphere is highly recommended to visit once all pandemic restrictions are over.

When starting the trip, you need to consider what variant you wish to choose: comfortable – urban or rather demanding leading along sandy forest paths. We recommend the first option especially for those who have only recently been going on longer bike tours. If you chose so, you head south on the eastern side of the tracks along the Patriotów Street. Driving along the comfortable bicycle path, you pass Michalin and reach Józefów. Then you turn of the Masovian Landscape Park, where you will soon be joined by those who have chosen the more difficult MTB variant. A bit earlier, they passed Górka Lotników, on which stands a monument commemorating the plane crash in 1944. Then you cross the winding river Świder, dotted with shallows and islets in summer attracting many from Otwock longing for swimming and sandy shores.

The catastrophe 44 „Liberator: KG 939 „A-Able” from the 31st Bomber Squadron of the South African Air Force (SAAF was helping Warsaw insurgents, code name of the action: „Warsaw Concerto”. Before it was shot down by the Nazis, it dropped weapons and medicines over the capital, ammunition and food. The survivors initially fell into the Russians hands, only to return to their home after a few weeks.

You ride back west towards the axis formed by the railroad. You pass the small village of Emów with recreational plots of the Council of Ministers and the Center of the Internal Security Agency.  The path for bicycles is comfortable, separated from car traffic by a high curb. Soon you reach the height of the railway station in Świder slowly entering the historic buildings of the old Otwock. Here and there, among chestnut trees, pines and lilacs, you can see the characteristic wooden verandas and balconies of hundred – year -old villas. Świdermajer that popular south of Warsaw at the turn of the 19th and 20th centuries, was a style that drew both from the Masovian architecture and the fin de siecles exhibition pavilions and alpine – style houses. The rich openwork decorations of the mezzanines, orangery, and the tops of soaring roofs remind of the former splendor of the summer resort near the capitol.

Heading south along the Michał Andriolli Street, the creator of the Otwock style, you can soon reach another extensive part of the Mazovian Landscape Park. After about 3 km you are by the Peat Forest District and reach the Educational Center „Baza Torfy”. Then you follow the easier but long way, near the Monument to the Foresters and a small lake, trough Lasek to Celestynów. The difficult part of the route runs a bit more to the north, bu on the way you can see mossy and time-worn bunkers hidden among the trees. Both variants of the routes meet near the Celestynów railway station, where the trip ends.

In the vicinity of the „Baza Torfy” Center, there is an educational trail „Swan Trail” leading through  „Na Torfach” Nature Reserve presenting florist and ornithological curiosities of the area. It is worth downloading the application dedicated to the path, that works interactively with educational boards.

During winter trips you can shorten the route starting in Falenica or go for a walk to see the Świdermajer architecture in Otwock.