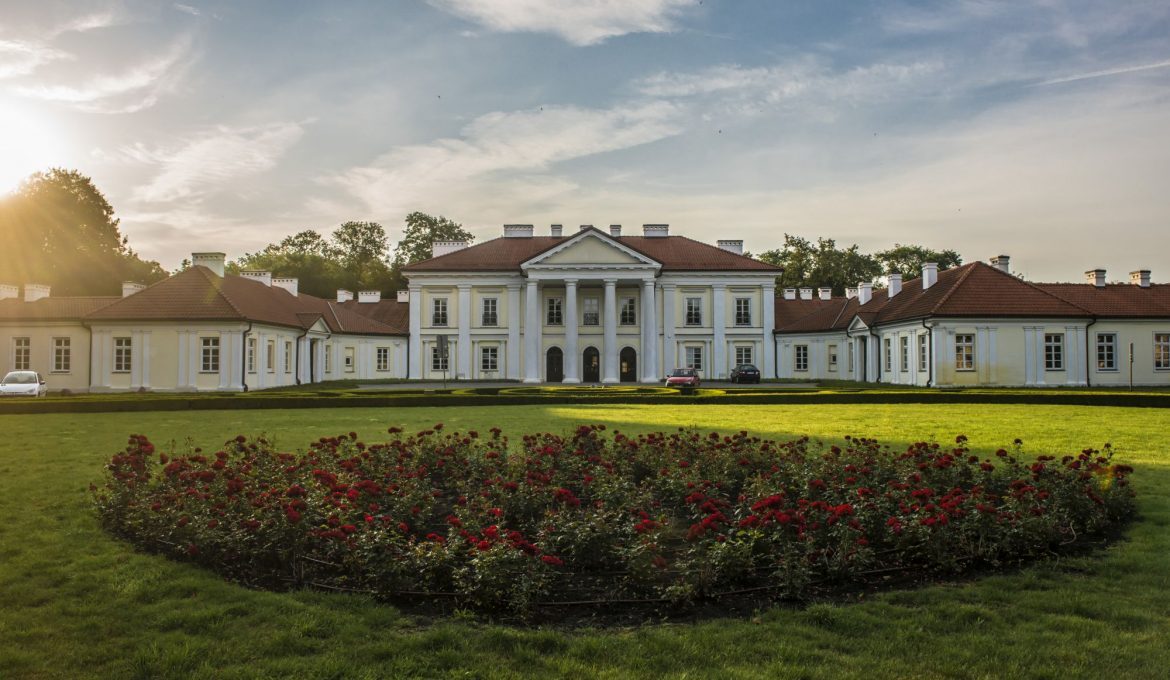 In recent years, Siedlce inhabited by nearly 80 000 people, became the tourists attraction thanks to the El Greco painting exhibition at the Diocesan Museum. „Franciszek” painting immediately became not only a showcase of the city, but also a kind of ticket to get to know the place better. Autumn is the perfect time to discover its charms.

Palace with a history

The history of Siedlce is inextricably linked with the figure of Princess Aleksandra Ogińska, who became the owner of the city at the end of the 18th century. She significantly influenced its development. Thanks to her, the palace at the Konarskiego Street was expanded. The artistic figures of the Polish – Lithuanian Commonwealth were hosted here in the residence and became famous in the times of the Duchess for stage performances, concerts and poetry evening.

Currently, the classicists building belongs to the University of Natural Sciences and Humanities. It houses a restaurant serving Polish cuisine with a modern twist. Inside you can see the historic photographs showing Siedlce hundred years ago.

In the vicinity of the palace, it it worth visiting the chapel of the Holy Cross surrounded by the Tuscan columns. Many inhabitants of Siedlce consider it one of the most beautiful monuments in the city. It was designed by Zygmunt Vogel. The side entrance with Aleksandra Ogińska’s initials leads to the crypt where the duchess is buried.

„Jacek” and other monuments

In the center of Siedlce, several places attract attention, including the hundred – year – old Siedlce cathedral, the baroque church of St. Stefan and the town hall from the mid 18th century, that the inhabitants call „Jacek”. Where does this name come from? It is the name of the blacksmith who posed on the figure of Atlas on the top of the town hall. It is worth paying attention to the wings of the building, which are responsible for the original shape of  the town hall. They used to be stalls and shops.

The building of the town hall houses the Regional Museum, where you can see a lot of exhibitions related to the history of Siedlce and the surrounding area. There is something for lovers of paintings and drawings (including works by Michał Boruciński from Siedlce), military (the largest collection of German V2 ballistic missiles in Poland), old times (historical photos and posters) and numismatics (collection of ancient coins). You can also see the collection of decorative fabrics, sculptures, cutouts and musical instruments related to the folk culture of the region.

When planning your trip to Sidlce, you should definitely include a visit to the Diocesan Museum. It presents liturgical vessels and vestments, old prints and sculptures. However, the greatest treasure is the canvas „Ecstasy of St. Francis” by El Greco.

Even you are not an art lover, it is difficult to ignore the work by the Spanish painter of the turn of the 16th and 17th centuries , that is highly appreciated in the world. It is the only painting of El Greco in Poland. Visiting the museum is only possible in guided tours and it is best to reserve specific time by phoning the museum, as it is so popular.

It is worth going to the former market hall in the evening. A thorough restoration of the building, that was built a hundred years ago, was carried out emphasizing its industrial character. Currently, there is a nice restaurant with its own brewery and it is one of the favorite meeting places of the city’s inhabitants.