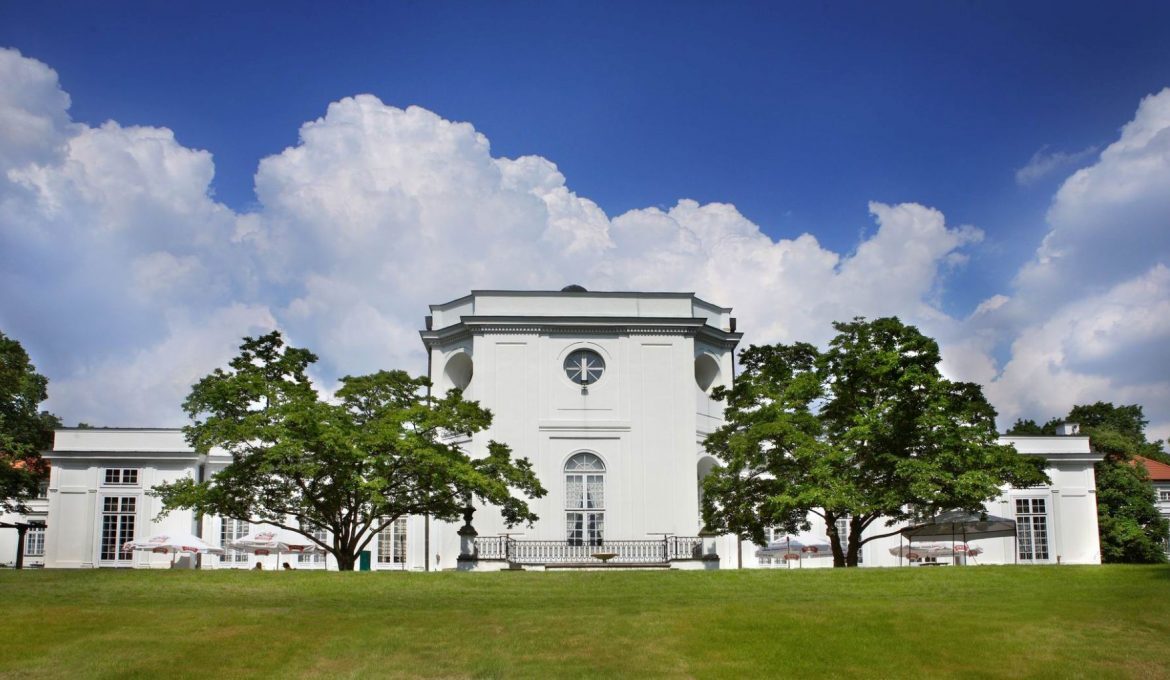 Historic building in Jabłonna are famous for an amazing history. The seat of the city commune Office is located in the former inn connected with an inn and the smithy, and in the former palace of Płock bishops, where King Stanisław August Poniatowski had a side pavilion for himself. Sometimes there are also weddings taking place there. The post office is the post office, although it has been located in the same building for almost…200 years. These are the most famous buildings of the village in the Legionowo poviat, and in the 1950s Jabłonna was also famous for its modern utility architecture – the famous numerous greenhouses in Poland until the 1980s. They grew fruit, vegetables and flowers, and at that time Jabłonna was considered the richest town in the country.

The palace is the most representative and most famous building in Jabłonna, attracting the most eminent representatives of science and culture. The beautifully restored buildings serve as a home for conventions and conferences for the Polish Academy of Sciences, but also make their interiors available to cultural events as well as institutions and private guests wishing to spend time in a hotel and restaurant here. It is possible to rent the palace for weddings or other receptions or conferences and trainings (6 conference rooms of various sizes).

Jabłonna from the middle ages belonged to the Płock bishops who built their summer residence here. In 1773 the property was bought from the chapter by the bishop of Płock who was the future primate of Poland, Michał Poniatowski, brother of King Stanisław August. He ordered the royal architect, Dominik Merlini to design the palace complex of three buildings, in order to create the seat worthy of a close relative of the ruler. The palace now consists of the central part with a high round hall, today called the ballroom, and two side two-story pavilions, one if which called the royal one, belonged to Stanisław August, and the other was for guests. An English landscape park was also created around the palace, designed by Szymon Bogumił Zug, who is also the author of the pavilions in the park. A grotto, and orangery a Chinese pavilion have survived to this day.

The Jabłonna Commune Office is located opposite the entrance gate to the palace and park complex. In the first half of the 19th century, the inn with a smithy was built here. At the end of the century it was called the Old Tavern. The building burnt down during the World War II and was rebuilt in the 1950s according to a plan by Roman Ostapowicz and Halina Trojanowska.

The post office was more fortunate as located less than a kilometer from the palace gate on the grounds once belonging to the residence. In 1873, the Potocki family leased a piece of land for the needs of horse mail. Soon a post office building with a western outbuilding was built on this site, that still stands and serves as a post office to this day!