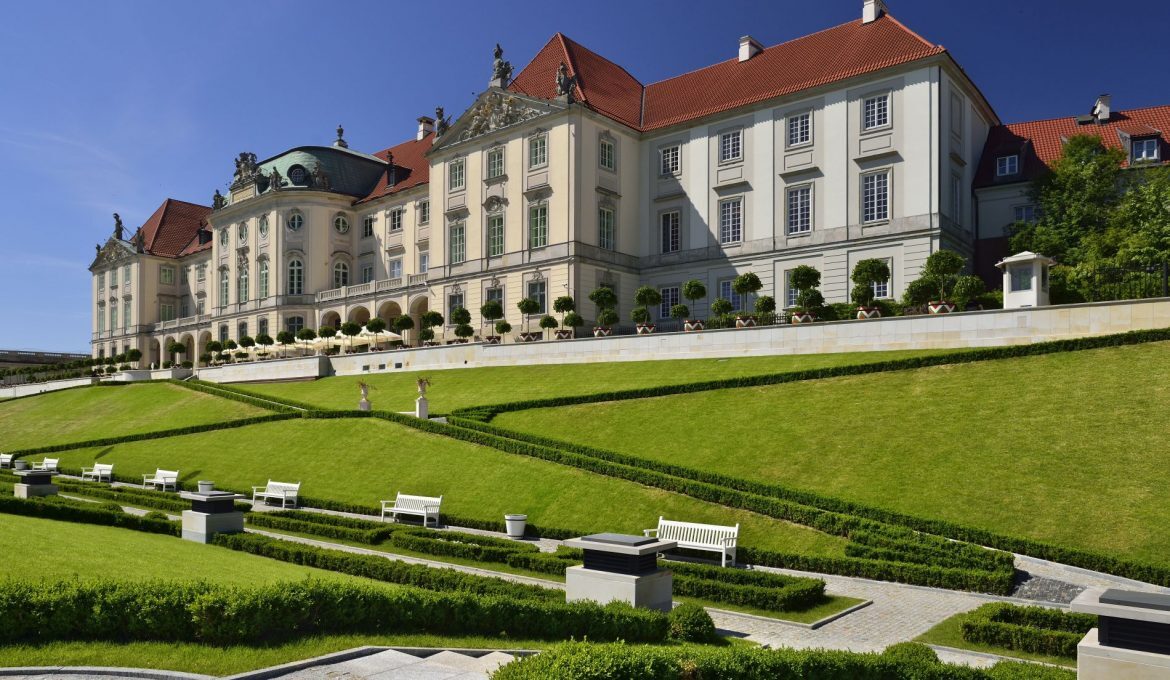 This is an extraordinary moment – the work of rebuilding the castle complex has been completed! Sounds a bit pompous? Let there be – the Royal Castle in Warsaw was “born from its ashes”, and on May 11, 2019, the ceremonial opening of the Castle Gardens officially ended the long term process of rebuilding the royal set and creating an integral whole from the castle complex.

An elegant garden has always been a necessary additional element of any residence of rulers and aristocrats. The first mentions of the Warsaw Castle garden came from the 15th century, the times of the Dukes of Mazovia. In the centuries that followed, it played different roles. Over the course of the following centuries, rich in dramatic turns, the garden appeared and disappeared, changed functions, form and surface, lost and regained its splendor. Gardening traditions were maintained and creatively developed, for example by the first king residing in the castle, Zygmunt III Waza, a great enthusiast of plant breeding. During his reign, in addition to often unique flowers or fruit trees, the first fountains and large bird cages have appeared in the garden.

The last comprehensive plan for the development of the castle garden before World War II, by Adolf Szyszko – Bohusz, was implemented in 1937. However, the planted plants were not allowed to develop and achieve their target forms and dimensions, because both, during and after the war, no one provided them with proper care. Over the years, the planted bosquets turned into wild thicket, part of the garden area was taken over for the need of new urban projects, while the rest functioned, among others as a construction base during the reconstruction of the Old Town.

In short, the green surroundings of the Royal Castle in Warsaw have probably never looked as impressive as today – the revitalization was completed and two Castle Gardens, Upper and Lower, are opened. They form a mutually complementary project, stylistically combining the spirit of interwar modernism with elements of Baroque art. The elements that have survived from pre war times are two magnificent hornbeam divines in the northern part of the garden, creating a charming shaded maze at the foot of the escarpment. According to the concept implemented in 1937, on the opposite side there was supposed to be a second bosquet complex, but the reconstruction  of the garden in this form was prevented by the construction of the WZ Route and the Śląsko – Dąbrowski Bridge with Grodzka Street (constituting the exit from the bridge to the Gdańsk Coast), crossing the central place where used to be the plantings of southern divines. Therefore, it was only possible to create plant forms imitating the full symmetry of the old garden layout. Of course, the renovated Lower Garden does not lack traditional elements of park architecture, such as fountains, plant lanes, flower beds or several dozen benches that are placed among the alleys. Like the Upper Garden, the Lower Garden is also a public space available free of charge.