Home ⁄ TRIPS ⁄ WYSZOGRÓD. WHERE IS THE CASTLE? 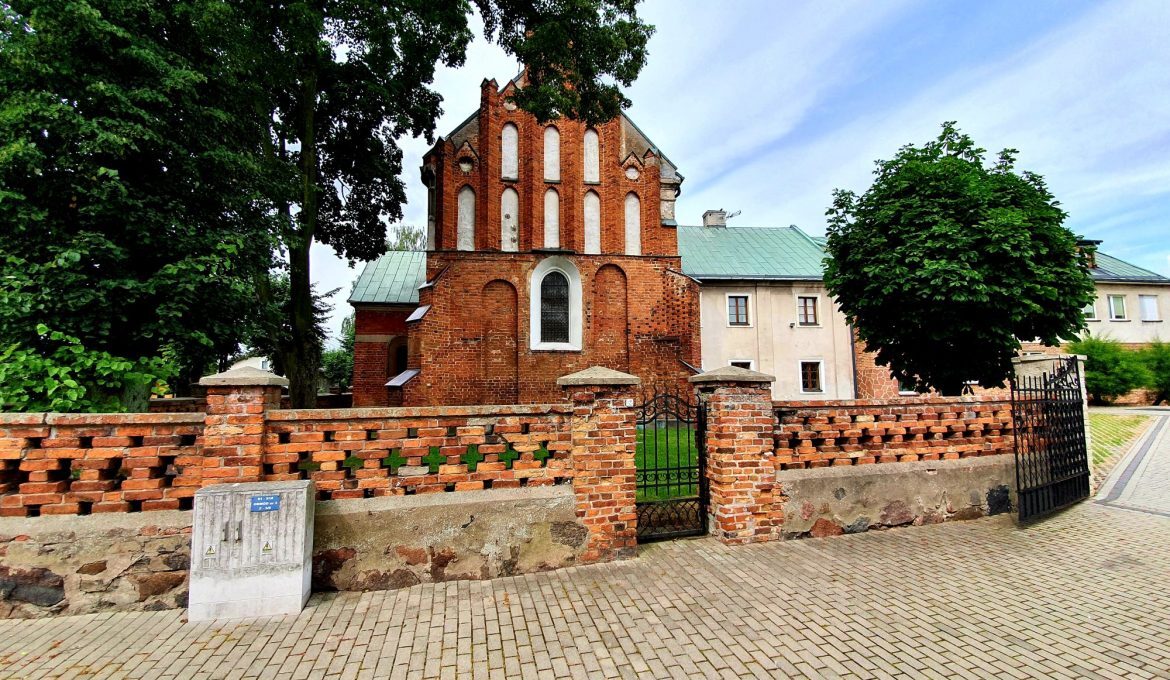 Would you like to perform an impossible task during a tour of Mazovia?

Try to find a castle of the Dukes of Mazovia in Wyszogród! It seems impossible! How to find it?

The task is not difficult, but seems absolutely impossible. First of all, two castle towers can be found in the coat of arms of Wyszogród. Secondly, in the name of the town you can also find a hint where to look for a stronghold located on the hill. Once you come to Wyszogród you can see it – Góra Zamkowa was a perfect place to build a fortress. Indeed, it was on the high Vistula scarp, that a castle was built on the orders of Prince Konrad I of Mazovia. It was meant to protect Mazovia from the invasions of Lithuanians and Ruthenians and the decision to build the fortress was made in 1231. Initially, it was probably a wooden castle. The reconstruction and prosperity of both the castle and the city were due to Duke Siemowit III and his son Janusz I, who granted the town municipal rights in 1398.

Once your climb to the top of Góra Zamkowa, you cannot find a trace of the castle. It was ruined along with the entire town during the Swedish Deluge, like many other towns in Mazovia. In the 18th century, Wyszogród was under Prussian rule and the authorities decided to pull down the ruins of Góra Zamkowa and use the bricks to build a new building. Even in the 19th century, the remains of an octagonal tower were visible on the hill, but to this day it is only a memory of them.

It is just like the famous wooden bridge, the longest of its kind in Europe, that was 1300 meters long and had as many as 60 spans. Today, you can use the new bridge running across Vistula River with a fantastic view of the queen of the Polish rivers.

A must see place during a visit to Wyszogród is the Museum of the Middle Vistula and Wyszogród Land. Here you can finally find the castle in its miniature. More precisely, it is the reconstruction made on basis of the results of archaeological research conducted on Góra Zamkowa.

The museum also includes relics found during excavations and many other  items that allow to reconstruct the history of one of the oldest, next to Płock and Czerwińsk, cities in Mazovia.

The first settlement inextricably linked with the river was established – thanks to the river providing not only water, but also food and best  transportation for people and goods.

One of the large museum rooms is devoted to the Vistula river. It shows the history of river navigation and fishermen, as well as about….buttons made of river shells in the nearby Sochocin. You can also see a military flotilla.

A large part of the exhibition is devoted to people who used to live in the area of Vistula – the indigenous inhabitants of Mazovia, German settlers and the Olęders, as well as the Jewish community that constituted more than half of the inhabitants of Wyszogród before World War II. The collection of padlocks comes from the Jewish cemetery that was washed down by water in the 1950s, and when the ground sank, a padlock discovery was made.

Wyszogród is a good place for a quick, spontaneous trip from Warsaw and you can also have lunch at a local pizzeria on the Market Square before returning home.