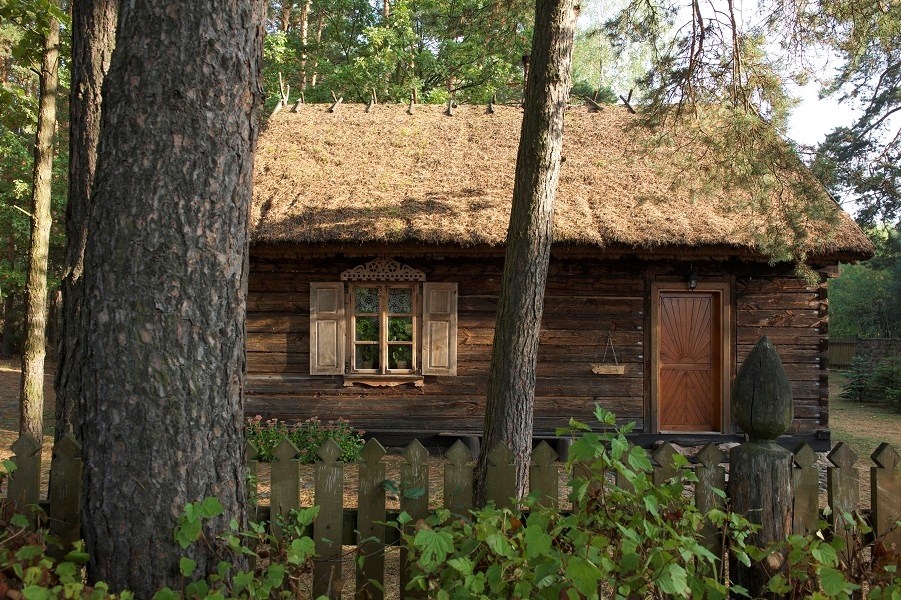 The Kurpie region is the so – called the Green Lungs of Poland. This is the region on the border of Mazovia and Podlasie that is gaining popularity among tourists. Its attractiveness lies not only in its location in two forests: Zielona and Biala, but also in the uniqueness of the culture of the Kurpie people inhabiting these lands: their folk art, rituals and costumes. People who want to learn the Kurpie customs in particular, are recommended to visit the towns located in Mazovia: Łyse, Myszyniec, Wach, Kadzidło and Ostrołęka.

The city’s showpiece is the neo-Gothic collegiate basilica of the Holy Trinity with the first brick belfry in Kurpie. It is worth visiting the Regional Center of Kurpie Culture with Kurpie Gallery of Folk and Artistic Handcraft, where you can also buy works by the local artists. In May, Myszyniec also hosts the popular Kurpie Fair, a folklore festivals with live performances. Another popular event is Honey Harvesting held on the last Sunday of August, that remains of the honey harvesting traditions of the Green Forest.

This is the most important center of Kurpie folk art. It is worth coming here especially on the Palm Sunday, when there is a competition for the most beautiful Kurpie Palm. The event attracts large Numbers of tourists every year.

The most historic building in the village is the wooden church of St. Anna, erected at the end of the 19th century. Although closed on a daily basis, it is worth finding a churchyard in the parish that makes the interior available to visitors. In the church it is possible to see, among others: the 19th century polychrome, Easter palms from Kurpie, painting with biblical scenes with Kurpie elements including one showing Mary and Magdalena greeting each other against the  background of the Kurpie cottage, and the one with a Kurp carrying a cross with Christ.

Another important point on the map of Kurpie is the village of Wach. It is located in the vicinity of the Karaska bog – refuge for elk, deer and roe deer, and the Podgórze reserve, where you can go mushroom, blueberry and cranberry hunting. The biggest attraction of Wach is the Kurpie Museum located in an old barn. On the area of 200m2, you can see a collection of objects and tools related to the life of Kurpie, including historical weaving looms and dugouts – simple boats. You can also find amber mining and processing tools there, as amber was mined here in the second half of the 19th century. Admission to the museum is free.

Kadzidło is commonly considered the capital of the Kurpie region. The name of the village is associated with amber, specially incense made of resin withe the addition of juniper, that was used in church ceremonies. The biggest attraction of Kadzidło is the Kurpie Open – Air Museum with two Kurpie huts from the 19th century, an amphitheater and outbuildings.

A cultural event that is popular on the national scale is the Kurpie Wedding, which takes place on the third Saturday and Sunday of June. The highlight of the event is the wedding ceremony, in which all residents and visitors take part as guests of the newlyweds. The event is combined with a colorful fair, where you can see and bay weaving and embroidery products, Easter decorations, figurines made of bread dough and straw products (including large spiders used as wall decorations). You cannot miss such a wedding!

When traveling around Kurpie, it is also worth visiting the largest city in the Masovian part of the region – Ostrołęka with its Kurpie Culture Museum located right on the bank of the Narew River. It houses as many as 14 000 exhibits! The richest are the ethnographic collections presenting everyday life of the inhabitants of these lands. There are plenty of eye – catching colorful costumes and furnishings from Kurpie houses. A separate section of the museum presents the history of the region and Ostrołęka itself.