Home ⁄ MUST SEE ⁄ CASTLE OF THE DUKES OF MAZOVIA IN CZERSK 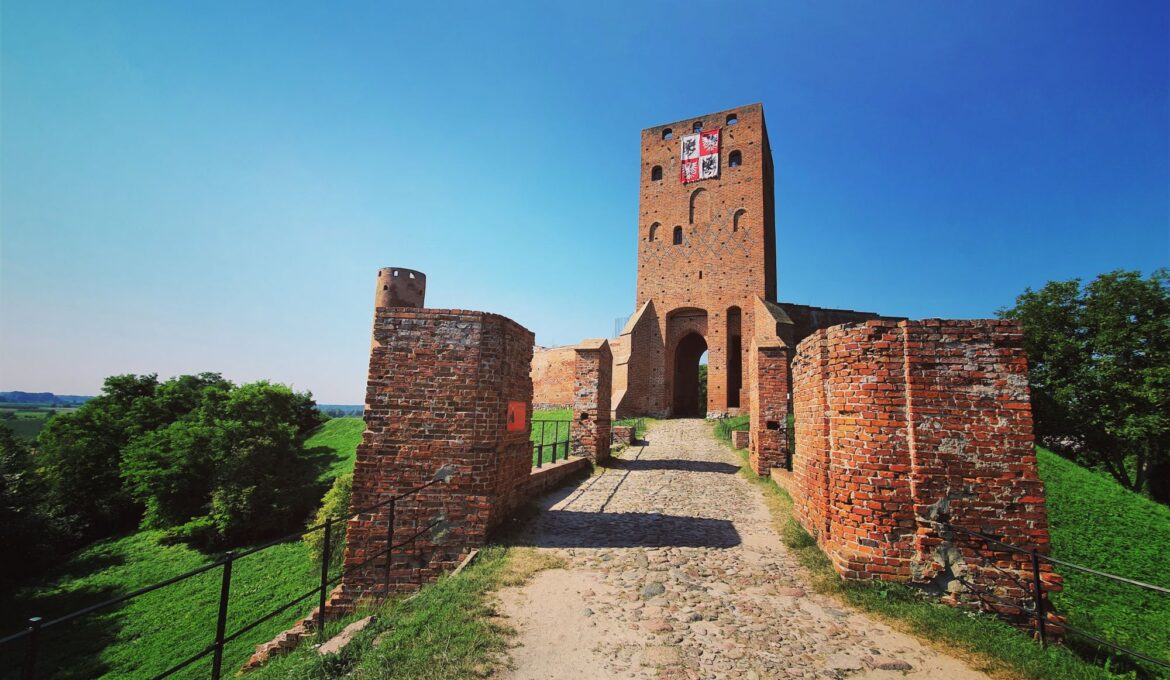 Although Czersk is a small town, during the times of the Dukes of Mazovia, it was the most important, next to Płock, center of power in Mazovia. In the place of Slavic settlement, it was a castle was built in 11th century, and then a monumental castle. The costumes, activities and entertainment of the inhabitants changed.

The times of heyday alternated with periods of decline, when enemy or plague ravaged the countryside. The times of Czersk’s heyday are now recalled by knightly tournaments, reconstructions and historical picnics.

The first settlers, the English Prince and the Dragon

The first settlement’s traces discovered in this area by archaeologists have been estimated at…. 3000 years! A settlement of the Lusatian culture was established on an islet on the Vistula River, that then flowed right next to today’s castle hill. The traces of the Przeworsk culture cemetery from the beginning of our era were also found in this place, but the Slavic settlement was established in the 7th century A.D. on the Czersk hills. On one of them, in the 11th century, a defense castle was built. In the first historical record from 1142, this place is called Czerniczek. But that was in the times of the kings: Bolesław the Bold and Władysław Herman. But the hero of an unusual found in the castle yard, comes from a slightly earlier period.

During the excavations carried out in the 1960s at the caste of Czersk, in the castle church, scientists found the grave of a mysterious dignitary. According to the one of the hypotheses, it was Count Magnus, who reached Czersk castle from England via Wrocław.

Magnus was supposed to be the son of the Anglo-Saxon king Harold II, and it was thanks to him that the bipedal dragon, called wyvern or more Slavic viper, is to be found on the shield of Prince Trojden I of Czersk, then to the coat of arm of the principality, and now to several Masovian coasts of arms, mainly poviats: western Warsaw, Grójec, Ostrów, Garwolin, Otwock and the coat of arms of the town of Lesznowola.

The bipedal dragon with wings and pointed tail, but red in color, had in the coat of arm Duke Janus I the Elder. And it was thanks to him that a Gothic red brick castle was built on the hill.

Czersk became the military center of Mazovia and in the 14th century the city obtained city rights. Later, especially after the change of the Vistula riverbed, that no longer washed the castle hill, and also after Janus I the Elder moved the capital of the principality to Warsaw, it seemed that Czersk would begin to lose its importance. Then the construction of the castle started. The site of the former bulkhead was throughly cleaned and the hill was raised by 5 meters.  It was the best masters who were recalled from Warsaw, and even brought from Malbork in order to build a seat worthy of a prince. The construction was probably completed just before July 1410, when Prince Janus supported king Władysław Jagiełło in the war with The Teutonic Order.

After Mazovia was taken over by the Crown of the Kingdom of Poland in 1526, Czersk became the property of Polish rulers, and for some time, along with the majority of Mazovia, it belonged to Queen Bona. Bona Sforza d’Aragona, widow of King Sigismund the Old, Duchess of Bari and Rosano, expanded the local castle and instilled in the local residents love of gardening and …wine.

Lovers of medieval history and 3D reconstruction will find the detailed and fascinating history of Czerk and the local fortress on the website of the castle.

The annual knightly tournaments and educational events as well as historical reconstructions, which are regularly organized in spring and summer, allow you to learn more about the colors and customs of the old epochs of the heyday of Czersk.