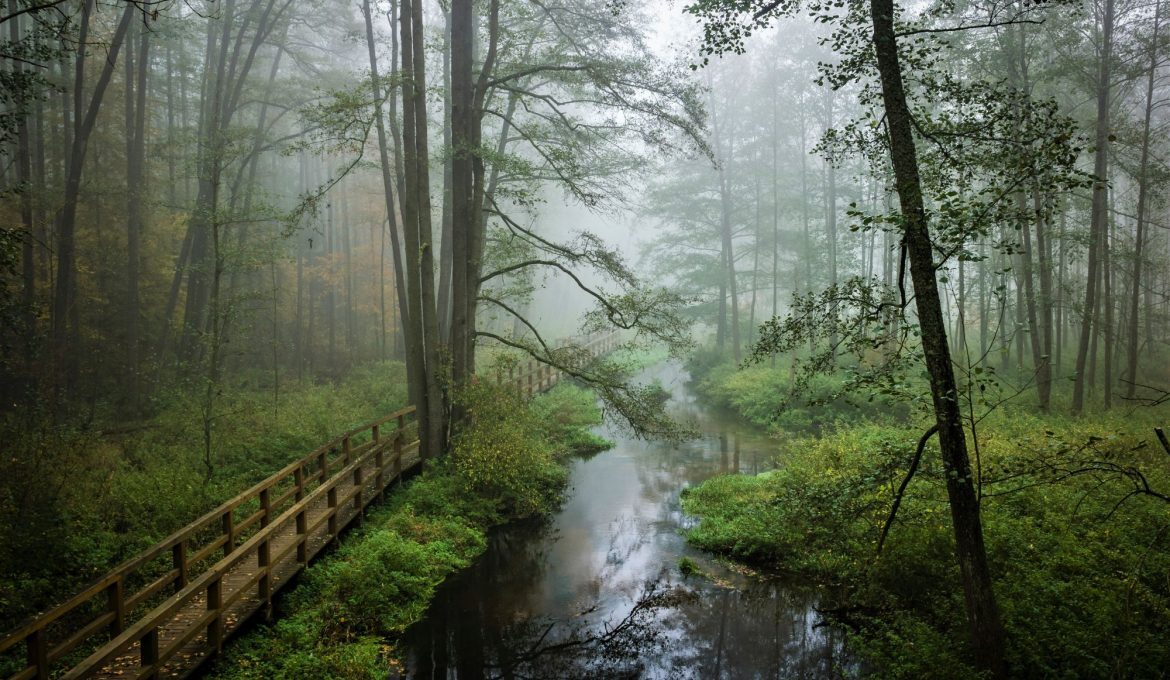 Forests as far as eyes can see and the last real forest, or rather fragments, is only here. This is the wildest backwoods in the Mazovia Voivodeship. There are also river valleys of Radomka and Zagożdżonka, as well as dune hills and swamps.

The location of the Kozienice Landscape Park in the area of the former Radom Primeval Forest results  in diversity of its landform features, plants and animals.

The path leading to the Royal Springs, where Władysław Jagiełło was supposed to go hunting, is extremely popular among visitors to the park. Your plan for visiting the park should include a visit to the place in Kozienice, that is to the east of the Regional Museum.

How to visit the park, the most interesting nature paths

A dozen or so nature footpaths run through the park. Her are the most interesting of them:

The nature and forest path crosses the Jedlnia reserve by the reservoir in Siczki with 200 – year – old pines and oaks. The beginning of the path is the information board with a map of the route next to the Centerfor Education and European Integration of the State Forest in Jedlnia Letnisko. Information boards located along the route allow you to learn about the landscape of the reserve and diversity of animal and plant species found here. You should spend1.5 – 2 hours walking there.

The nature and forest path “Nad Pacynką” starts and ends at the scout hostel in Antoninówka. On its route, there are 8 boards describing the role of water in the ecosystem, as well as the way of caring for the forest and its inhabitants. Walking the loop along the Rajecki Foerst will take about 2.5 – 3 hours.

The most popular walking route in the park is the Royal Spring nature and forest path. The name of the route comes from the spring at its end,from which King Władysław Jagiełło who used to hunt in the former Kozienicka Forest, drank water. To find the legendary waterhole, first of all, you need to reach the bridge in Kajzerówka (located 3.5 km from Kozienice), where you can use the parking and recreation clearing. This is where the right path to the 3 km spring starts. The route leads through the backwaters of the river Zagożdźonka, partly on a wooden pier. You should spend 1.5 – 3 hours there.

In addition to walking in the park, it is worth going to the Didactic and Museum Chamber of the Kozienicka Forest, which is set up in a hundred-year-old forest’s lode in the village of Augustów. The audiovisual exhibition allows everyone interested to learn about the world of animals and plants of the park, the history of settlement and traditional activities of the inhabitants of the area as well as customs related to forestry. The park also includes historic churches in Jedlnia and Garbatka, as well as important memorial sites, including the mausoleum of the 1st Legionary Regiment in Żytkowice, erected in 1933.

Particularly noteworthy is the palace in Kozienice, surrounded by a park that houses the Regional Museum with a collection of ethnographic art.

Thera are over 200 species of birds in the park, such as the lesser spotted eagle, tawny owl, bullfish, kingfisher, osprey, and the rare bittern. The world of mammals is represented by: deer. elk, wild boar, beaver, and a large population of dormice. The habitat also has a dozen or so species of bats, and a pond turtle. The park is also a place where many species of protected plants grow, for example the red grenadier, snowdrop, orchid, golden – headed lily or open pasque – flower. The oldest trees, mainly pines, are estimated to be 200 -300 years old.

In cooperation with the Kurpiowska Tourist Organization and the Association for the Promotion and Development of the Zegrze Reservoir.