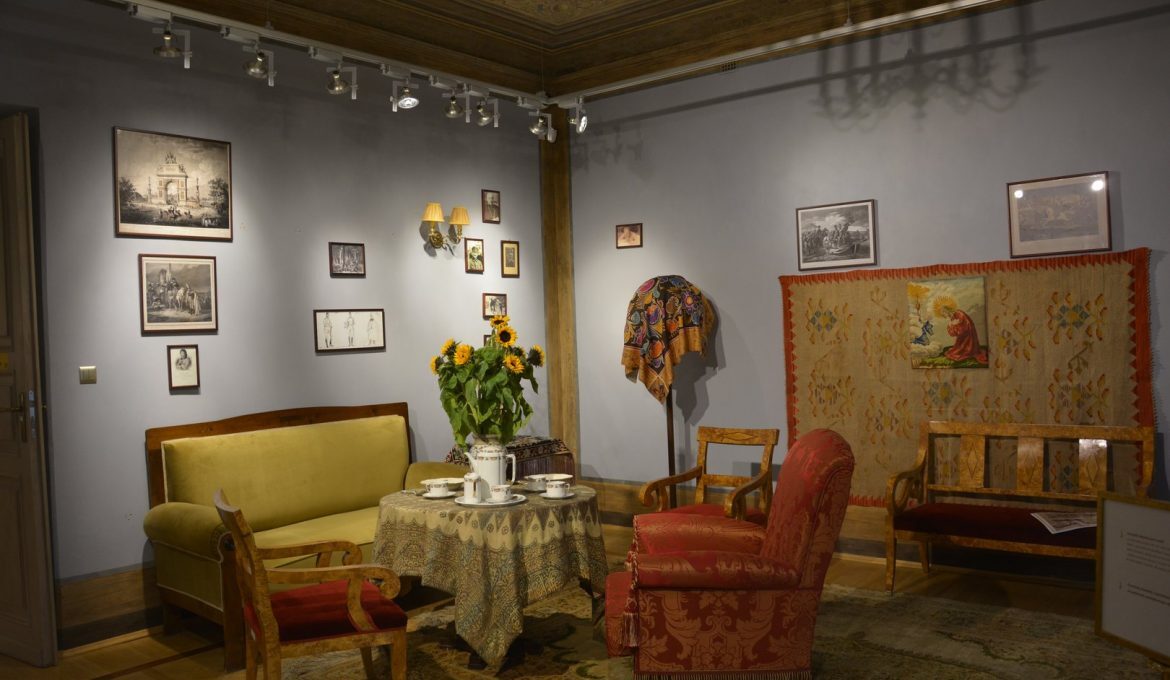 Not far from Warsaw and Łódź, even closer to Płock, Łowicz and Sochaczew there is a town called Sanniki. Due to its historical past, it fits into two important tourist routes – the Chopin Route and the Dukes of Mazovia Route. The Palace in Sanniki is the only building in Mazovia associated with Fryderyk Chopin that has never been reconstructed, but has only undergone a comprehensive restoration.

The documented relationship of some of the palace owners with Fryderyk Chopin makes Sanniki a prominent place on the route of the Chopin Trail. The composer spent two summer months in 1828 in Sanniki, where he played music and composed. In one of the rooms there is a piano from 1820, the keyboards of which probably were touched by Chopin’s fingers.

For over 35 years, Chopin concerts have been organized at the Sanniki palace every first Sunday of the month, accompanied by poetry recitation by famous Polish actors. Later, the guests go to the upper floor of the palace, where an exhibition of paintings, sometimes photography, graphics or sculpture takes place. On all other Sundays in June, July and August, the European Center invites you to free open – air concerts. Exhibitions are also displayed in the park alleys – most often related to important figures and dates in the history of Poland, also to Sanniki town itself

The Palace and Park Complex is a place where history and culture closely intertwine, creating a unique atmosphere. The palace in Sanniki and the land related to it changed owners several times over the centuries. From the dukes of Mazovia, king, nobles, and landowners until the end of World War II, Sanniki Palace was in private hands. Events that were significant in the history of Poland, such as the November and January Uprisings or both world wars, influenced the history of Sanniki, and thus the history of the palace. Historical values, unique polychromes from the end of the 18th and mid 19th centuries and sentimental mementos of the greatest Polish composer make Sanniki and important element of tourist routes, both Polish and foreign.

In 2011, during the comprehensive restoration of the Palace and Park Complex, fragments of the foundations of the 17th or 18th century wooden manor were uncovered. There are many indications  that even older structures may be found below them – even from the 14th or 13th century. During earthworks, a corner of the foundation and fragment of the base for the stove and elements of the brick floor around it were found. The area has been protected against the undesirable influence of external factors and is waiting for the next stage of archaeological works.

In addition to visiting the neoclassical palace from the end of the 18th century, the Center offers visitors many opportunities to spend time there. There are sports and recreation facilities, a conference room, and a barbecue gazebo. The rich package of tourist, business, school and family offers can always be adapted to individual needs. The House of Creative Work, located in the palace, provides comfortable conditions to those who need peace and quiet, and at the same time the right atmosphere for their creativity. On concert days, and from May also on Saturdays and Sundays, a cafe is open in the palace conservatory that invites you to Chopin’s Treats. The facility is adapted to the needs of disabled people. Tickets for concerts can be booked via the Center’s website in the TICKET tab.

The Palace and Park Complex is open daily

Visiting the place with a guide:

Admission to the park is free!

NEARBY PLACES WORTH VISITING: