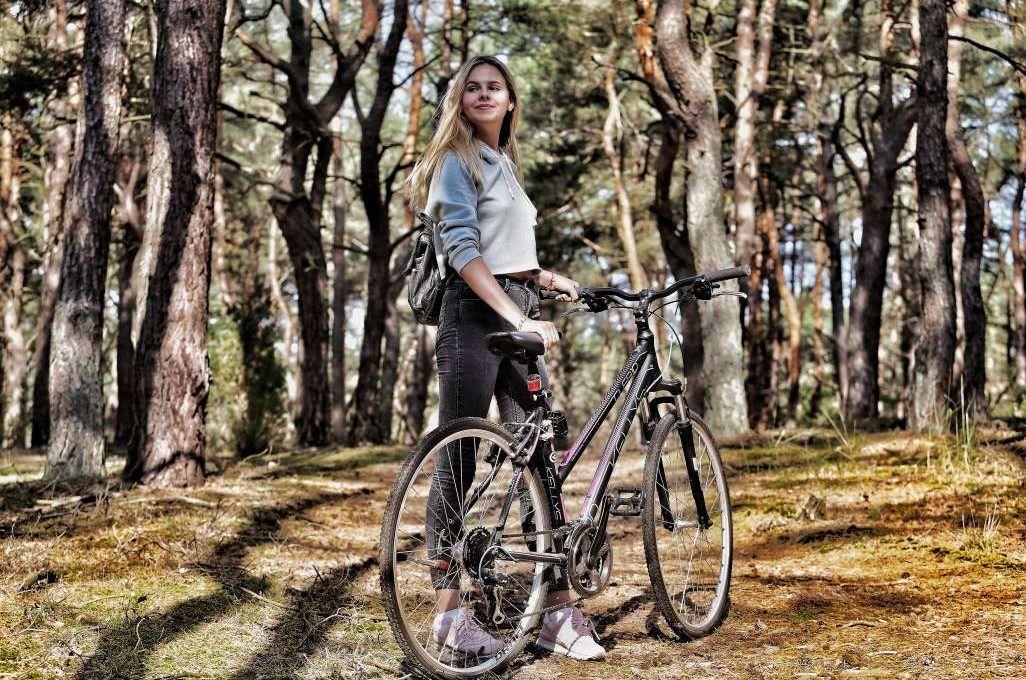 Warsaw is the only European capital adjacent to the national park. Only an hour’s drive from the center of the metropolis is the border of the remains of the ancient Masovian Forest, where Polish kings hunted. Hiking and walking paths as well as the 144 km long bicycle trail can also be easily reached by public transport.

Kampinoski National Park is the green lungs of Warsaw, as an area for weekend excursions for lovers of hiking, cycling, cross country skiing and horse riding. Lovers of unusual landscapes will find beautiful sand dunes located far from the sea, and animal lovers can see an elk, wolf or crane in its natural habitat. Close contact with nature and the chance to observe nature in its almost virgin state is possible thanks to the dense network of trails, well – marked, color-coded and described in detail on the KPN website. About 360 km of hiking trails and 200 km of bicycle routes have been marked out in the Kampinos Forest. Some of them, especially those closest to Warsaw, are walking routes.

Many routes cross, so it is possible to create combinations of routes depending on the needs, time and condition of the tourists. In winter, cross country skiers use them, and there are also horse riding enthusiasts. To visit the most interesting places, it is worth planning the route in advance using the internet map with zoom on the website of the kampinoski-pn.gov.pl/images/zoomify/map1/htm

Kampinos National Park. There are marked parking lots and accommodation points on the outskirts, as well as all the places important and interesting for tourists: color – coded routes, natural monuments, strict reserves, fortified settlements, memorial sites and recreational clearings.

An interesting challenge for lovers of cycling is the Kampinoski Bicycle Trail. The route runs along the border of the forest, where hiking trails previously existed, and leads along forest, field and country roads. You do not venture too deep into it for several reasons – nature protection and conditions that are too difficult for cyclists are the most important of them.

The main trail marked in green is exactly 144.5 km long. It starts in Wólka Węglowa and leads through Lipków, Zaborów, Leszno (Julinek!), Granica (the educational center of the Kampinos National Park), Żelazowa Wola (Fryderyk Chopin’s Birthplace), Brochów (the historic defensive church where Fryderyk Chopin was baptized), Tułowice (a beautiful manor house from the 19th century), Nowiny, Piaski Królewskie, Leoncin (this is where the Nobel Prize winner Isaak Bashevis Singer was born), Cybulice Duże, Małocice, Palmiry (there is a Museum – Memorial Site of Palmiry nearby), Łomianki, Zachodnia Dąbrowa and Leśna to Wólka Węglowa.

The route is therefore varied not only in terms of the ground and visiting all attractions may take up to several days. Only in the park and museum in Żelazowa Wola, you can spend several hours in the summer season, and Julinek Amusement Park, when traveling with children, in an opportunity to stop for a full day, or even three, if we decide to set up in the former circus base offering accommodation and meals, a starting point.

In addition to the main bicycle route, there are three connecting routes, thanks to which we can get to the route to these places or shorten the route. The Bemowo connector between Bemowa and Izabelin is marked in yellow. We will take the Palmirski connector from the parking lot in Palmiry to Mariewo, and by Szymanowski – from Grabnik to the Szymanów railway station. The trail is passable all year round, and outside the summer season, obstacles such as loose sand, puddles or snow are an interesting challenge for lovers of cross-country driving.

Tourist base in the forest and the surrounding area

The eastern regions of the Kampinos Forest, the closest to Warsaw and Łomianki, can be reached by public transport. The others can be reached by bus or by own car, which can be left in one of the parking lots. On two of them – in Dąbrowa Leśna and Roztoka – there are small gastronomy points. There are no buffets or shops in the Park itself, so take all your provisions with you. From spring to autumn, picnic season lasts in the Kampinos National Park, which can be organized on one of the 12 recreational clearnings. Lighting a bonfire or a fire under the grill requires the consent of the park director, but you can use benches and roofed shelters without any obstacles, and there are also playgrounds for children in the Jakubów and Lipków clearing. If someone is planning a trip with an overnight stay, you can visit the former Circus Base in Julinek, in the School Youth Hostel in Łubiec and in the School of Capital Banner Instructors of the Polish Scouting Association in Stara Dądbrowa. There are also several agritourism farms in the communes of Czosnów, Kampinos and Leszno in the vicinity of the Forest.

Museum – Palmiry Memorial Site – a memorial stie commemorating victims of mass executions carried out by the Germans during World War II in the Kampinos Forest. palmiry.muzeymwarszawy.pl

Julinek Amusement Park – a gigantic entertainment center for enthusiasts of active recreation. Among the attractions, incl. Sky Circus – one of the largest rope parts in Poland: 138 obstacles on 7 routes over a kilometer in total.

Church of st. John the Baptist and St. Roch in Brochów – a Gothic – Renaissance church from the mid 16th century, the place of the wedding of Fryderyk Chopin’s parents and the baptism of the composer. Www. Brochów-parafia pl

an educational institution that conducts various classes and workshops in the field of ecology for various age groups.