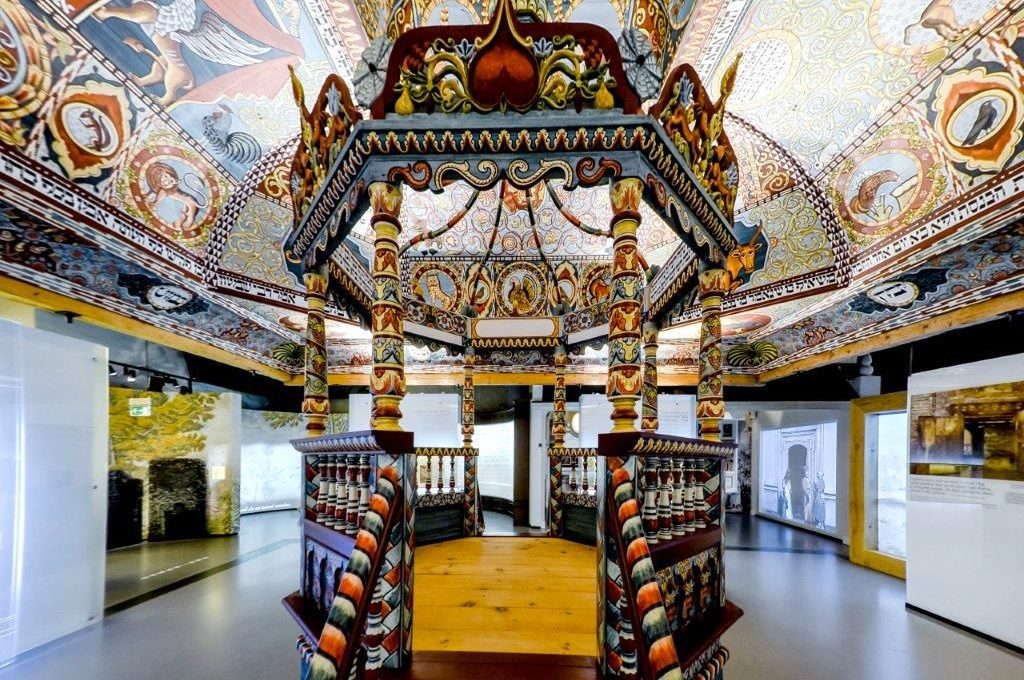 The POLIN Museum of the History of Polish Jews, one of the most modern history institutions in Poland, presents a thousand years of the history of Polish Jews. The space divided into thematic galleries allows viewers to immerse themselves in the narrative about the community, its customs and culture. The main tools for building a story are scenography and multimedia. The originality of the place is already evidenced by the building of the museum located in Muranów – a housing estate built on the rubble of the Jewish district, opposite the Monument to the Ghetto Heroes. It is a solid with simple, geometric shapes. On its facade you can see the inscription „POLIN” – a word consisting of two Hebrew parts: po (here) and „lin” (you will rest). According to legend, Jews escaping from various European countries in the 10th/ 11th century were to hear these words from the singing birds when they arrived in Poland.

In the hall, attention is drawn to „undulating” walls – a symbol of the parting Red Sea. 27

The museum exhibition opens with „The Forest ”, a symbolic representation of an ancient forest, where the inhabitants of the area on the Vistula first came into contact with wandering Jewish merchants. From here we get to the „Medieval” gallery, where the history is presented with the help of frescoes painted on the wall depicting the maps of contemporary Poland and city landscapes. The third part of the exhibition – „Paradisus iudaeorum” – takes visitors to the Jagiellonian era, which was the period of the greatest prosperity of the Jewish community in Poland. Another gallery called „The Town ” focuses on the life of Jews in the pre-partition period. It is here that you can see the reconstruction of the Gwoździec synagogue from the 17th century, which was built and decorated using exactly the same techniques as in the case of the original.

In the part entitled „II Rzeczpospolita” we will see a realistic recreation of the street of pre-war Warsaw, and the „Holocaust” gallery commemorates the Holocaust and other events of World War II. In the last part entitled „After the war” you can see, among others and installation dedicated to Jews leaving Poland in the 1960s.

Events and attractions for children

There are plenty of attractions for children in the museum. The children’s favorite part is the „At King Maciuś room”. Thanks to specially prepared educational materials and games, children and their guardians can discover the world of Jewish culture, tradition and history; there is also a library and a music zone for guests (free tickets can be downloaded at the museum ticket office). At weekends, there are also paid family workshops. The museum organizes temporary exhibitions, festivals and film screenings, concerts and conferences related to Jewish heritage. In 2016, the POLIN Museum was awarded the prestigious award for the best European museum – European Museum of the Year Award.

Up-to-date information on opening hours and ticket prices, as well as special events, can be found at:

There is a shop at the museum, offering Jewish literature, art and souvenirs.

How to get to POLIN

The nearest station is at ul. Zamenhofa

On weekends, visitors can use the museum car park free of charge at Anielewicza Street (subject to availability). During the week, parking is possible in the areas designated in the paid parking zone.